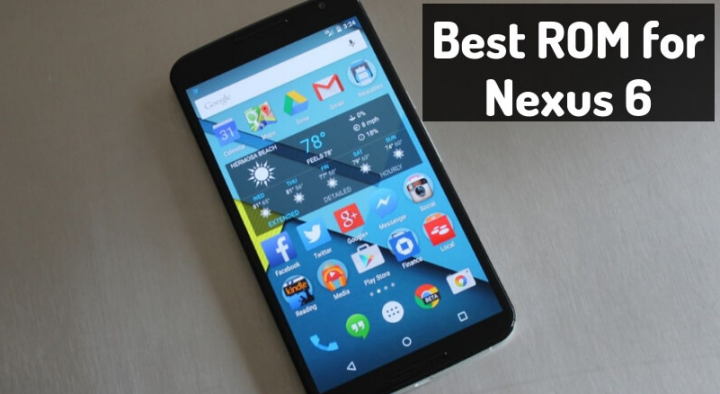 Are you looking for the best Nexus 6 Custom ROM? Google Nexus 6 launched in October 2014. The smartphone came out of the box with Android 5.0 Lollipop and then upgrade to Android 7.1.1 Nougat. Do you want to install or download any Custom ROM for the Nexus 6 device? If yes, then you are at the right place. Here we will mention all the Custom ROM for Nexus 6. If you have a Nexus 6 device, then maybe you know that this device executes on Android OS. Well, the biggest benefit of Android is that it is an open-source project. This enables every community to Customize and develop ROM for their smartphone.

If we talk about the specifications then it features a 5.96-inches display with a screen resolution of 1440 x 2560 pixels. Nexus 6 is powered by a Qualcomm Snapdragon 805 processor coupled with 3GB of RAM. The smartphone wraps 32/64GB of internal memory. The Nexus 6 camera comes with a 13MP and 2MP front shooting camera. In this article, we will discuss which are the best custom ROM for Nexus 6 available now.

Before moving to installation and download, let’s check the difference between CUSTOM ROM and STOCK ROM. 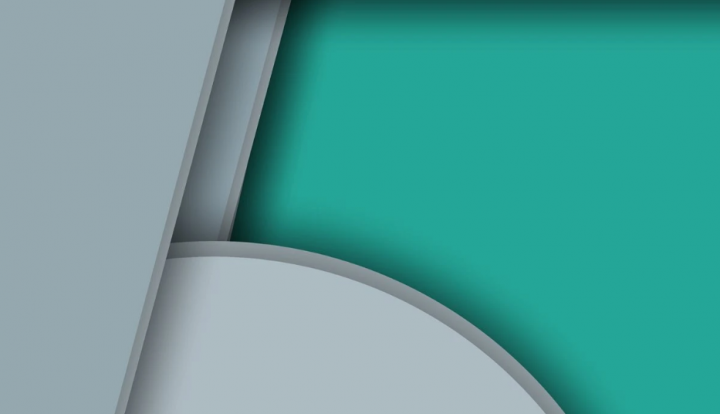 Mokee is the new Custom OS based on CyanogenMod (Now, Lineage OS). However, it is an Open Source project that keeps updating the source code with the new development without forgetting to combine all the special features. The Mokee operating system is made by a small community developer who launched this project on the 12th of December 2012. The ROM offers all the new features from Omni, Slim AOSPA, CyanogenMod (Lineage), etc, and brings their own features at the same time.

ArrowOS is another new Custom ROM and it is AOSP inspired open-source project started with the aim of keeping things clean, simple, and neat. The ROM brings the same feature which is very helpful for the ROM customization and in the end aiming to deliver smooth performance with good battery life.

DotOS is an abbreviation of the term Droid On Time Operating System. The ROM is developed by team members and community: Ganesh Varma and Kuber Sharma. The ROM brings lots of new features and tweaks and also merged some features from Best Custom ROM.

AOSiP OS stands for full form of the Android Open Source illusion Project. Well, it is a quality custom ROM that is based purely on Google AOSP source. Twisted with the new features and blended with stability. You can now face the real Android Oreo with this ROM.

However, it includes lots of Google Pixel features such as Rules, Always-on Display, custom accent colors, fonts, etc. It also includes the features that were launched by Google in its newest Pixel Feature Drop. Also, it comes with pre-installed Google Apps that you are found on Pixel devices. So you wouldn’t want to install them separately.

The Nexus 6 Custom ROMs include many features from Pixel phones that are resource-heavy. However, your Nexus 6 UI might feel a little bit pause after the first boot.

Now, the only disappointing part of Pixel Experience ROM is development and updates support. The ROM can’t be updated with the newest security patch because of the absence of a device maintainer.

So, if you want to get the stable Pixel-like experience on your Nexus 6 then give it a try to Pixel Experience ROM.

Omni ROM is another best Custom ROM designed by many developers whom you may already know like Xplodwild, Chainfire, and Dees_Troy. However, the ROM is based on AOSP (Android Open Source Project) and developed with tons of enhancement and customization features. Similar to every other custom ROM, Omni ROM also provides some unique features.

BlissROMs also comes with a massive selection of customization options from around the Android community. Rather than that, it provides added some of its own unique features to the ROM. The ROM stable build is based on Android 10 (or Android Q) and brings all the goodies that the said Android build has.

Nitrogen OS is the best Custom ROM which brings lots of features with the Stock Android experience just like the Pixel smartphone.

Flyme is the aftermarket and stock firmware designed by Meizu for smartphones based on the Android OS. Some of its notable features are completely redesigned apps, performance optimizations, and one-handed usability.

Honestly, there’s no “one” specifically best ROM for everyone, as it’s subjective. I probably prefer lots of features over performance, and you probably not, and so on. And that’s the idea behind this article, to get the top Custom ROMs under one roof and enable you to select which one is the best custom ROM for your Nexus 6P. However, I would surely want to share my own experience and provide suggestions that are based on my personal usage.