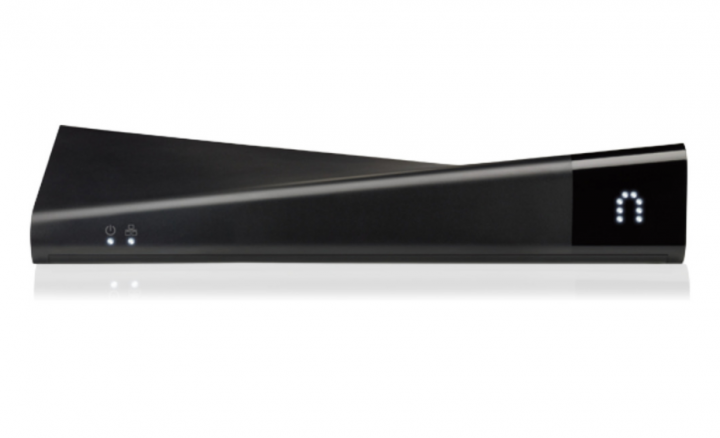 Well, up until the second half of the 2010s, streaming your live TV from anywhere around the world was close to impossible. However, streaming services such as Netflix, Disney+, and Apple TV+ have gotten mainstream in the last few years. It was only the Slingbox that provided users with a “Live-TV from anywhere” experience actually. In this article, we are going to talk about The Best Slingbox Alternative You Should Know About. Let’s begin!

For those of you who actually don’t know, Slingbox is (was?) a TV streaming media device. That permits its users to transmit the content from their TV to computers, smartphones, and tablets through the internet. The technology worked alongside the Slingbox Software which converted the NTSC or PAL video signals to formats as well. That actually works on your PC and mobile phones.

As helpful as it was in the early 2000s, it doesn’t really make sense to use a Slingbox anymore. That’s because we also have a handful of media streaming apps and services that we can subscribe to get on-demand content as well as a slew of many other apps that get you live TV within the comfort of your phone or laptop too.

Why is Slingbox being discontinued? | Slingbox Alternative

On November 9, 2020, Slingbox announced that Slingbox products will now be discontinued effective immediately. And also that its servers will become inoperable on or around November 9th, 2022 as well. What this means is, if you guys own a Slingbox device, the days are numbered for the once-remarkable piece of tech. That made Live-TV-from-anywhere a reality over a decade ago as well.

On its announcement page, Slingbox has also given an explanation as to why it is discontinuing Slingbox products:

We’ve had to make room for new innovative products so that we can continue to serve our customers in the best way possible.

Well, that is the official explanation, we believe the move is basically to prioritize the development of its own OTT service – Sling TV. Nearing its 6 years of existence, Sling TV has more than 2.255 million subscribers in the US. And it continues to gain more users due to its support for famous streaming devices, gaming consoles, PC, Mac, iOS, Android, and Chromecast.

Will there be any new Slingbox devices in the future or not?

Slingbox has officially confirmed in its announcement FAQ that they will not release a Slingbox device in the future and are also no longer shipping any of their products.

In addition to scrapping its product line, the company also revealed that it is discontinuing some of its apps as well. That includes:

All the other apps will continue to work as intended and will also receive maintenance updates.

With Slingbox bidding its users farewell if you guys are in the market for an alternative to your existing Slingbox. Or are looking to buy a new DVR player that you can use to watch Live Tv from anywhere. Then you might want to take a look at the following list of Slingbox Alternatives that you can buy this year.

Via your Cable/Satellite TV’s own live TV apps

Most Cable TV and Satellite TV services provide set-top receivers that basically let you watch live TV from anywhere. Regardless of the device that you use to consume content. Ever since smartphones became prevalent for media consumption, TV operators are offering their own mobile apps in order to satisfy users’ on-the-go needs.

Here are some Cable TV providers and their smartphone apps that you guys can use in order to stream content that you’re already subscribed to:

Via a Plex Media Server to stream content from anywhere

If your cable TV operator doesn’t really offer its own streaming app. Or also if you aren’t satisfied with the amount of content that you’re limited with them. Then your only nearest alternative is basically to use the Plex media server. But, setting up a Plex Media Server to stream content isn’t as easy as using a Slingbox device since it needs you to have

You can also use an Over-the-Air antenna in order to grab free HDTV signals from your area. Then connect it to a Plex server to record movies and shows when they air. There are many OTA antennas available in the market also including the HD HomeRun and Mohu ReLeaf. We have explained more about them further down this post under “Other options to replace your Slingbox with” because they can be connected to your TV. Or also set-top box to snatch their signals and relay them for you to many other devices.

When you have found an OTA antenna of your choice, then you will need a server that’s connected to your home’s WiFi network all the time. These servers actually can be anything from network-attached storage to a spare PC that you guys may have lying around in your house. This server is what basically connects your TV to your Plex account that you can access from anywhere. After picking a server, you have to get yourself a hard drive in order to save and store content from your TV.

When you guys have sorted the things you need for setting up streaming through Plex. You can proceed in order to prepare your server, connecting it to your home network. Then create a Plex account, and install the Plex software on devices you’ll be using from as well.

Via a Tablo Network-connected DVRs in order to browse, record, and stream broadcast TV

If neither of the above solutions works out for you, then Tablo offers network-connected Tablo DVRs that connect to users’ home’s router instead of connecting to a TV through an HDMI cable. A Tablo DVR basically connects your TV’s HDTV antenna to your wireless router. So that you can watch your favorite network shows at the time of their airing without even switching ON your TV.

Well, after a successful connection between the OTA antenna and your wireless router. You will be able to browse, record, and stream shows and movies from your broadcast TV on more than one smartphone, TV, computer, or set-top boxes as well. Tablo also offers four different Network-Connected Tablo DVRs – Tablo Dual Lite, Tablo Dual, Tablo Quad, and Tablo Quad 1TB as well.

In order to set up a network-connected Tablo OTA DVR, you guys will need the following devices:

When the Tablo device has been fully set up. Then you can stream your Live TV onto your smartphones, streaming devices, Smart TVs, or on another computer via the web.

Other options to replace your Slingbox with

If you guys aren’t still convinced with the alternatives we mentioned above. Then here are some other options you can switch to when replacing your discontinued Slingbox.

If there was a competitor that challenged Slingbox every once in a while and only meant business, then it would be Tivo. One good thing about Tivo’s devices is that it provides you full control over the stuff that you record on them. It makes the ability to view live TV as convenient as it could ever be. 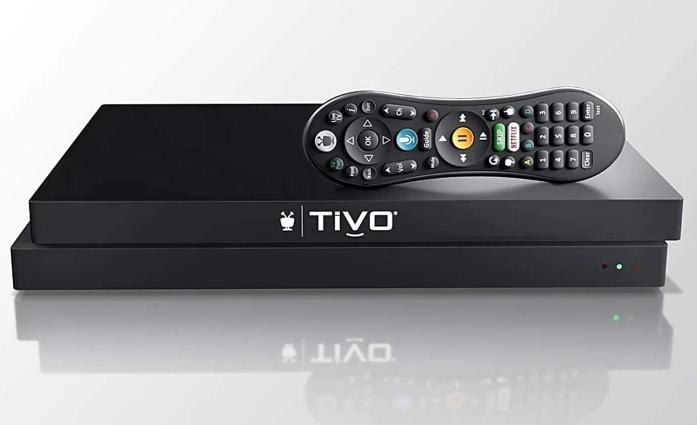 The TiVo Edge for Cable which is the company’s latest in the line also offers everything that you expect from a DVR solution and then some more too. Firstly, the Edge for Cable supports viewing and recording more than six channels simultaneously and with 200GB of inbuilt storage. You can store more than 300 HD hours of live TV for future viewing actually.

For a cinematic home theater experience, the TiVo Edge for Cable packs in support of Dolby Vision 4K HDR and Dolby Atmos sound actually. There’s a special “SkipMode” functionality that lets you skip whole commercial breaks with a push of a button. The device is bundled alongside a TiVo VOX Remote that has an OneSearch featur. That permits you in order to search across all your cable TV channels, recorded content, and streaming apps.

Connectivity options basically include an HDMI port, optical audio output, 2x USB ports, ethernet, and coaxial input. You also get a taste of some stream services along with dedicated apps for Amazon Prime, Netflix, Hulu, and HBO Go.

Tablo Quad is basically a DVR box that can convert a single antenna. And then send the video and audio signals to your TV without even connecting it to an HDMI port. This DVR box connects directly to your antenna and transmits content via a wireless router to smartphones, laptops, smart TVs, streaming devices, and gaming consoles.

You will be able to access major TV networks from ABC, CBS, NBC, FOX, PBS, and the CW, all for absoutely free as well as a bunch of free OTA TV channels. The DVR device not only lets you watch live TV, however, also pause and record content as long as it’s connected to Wi-Fi or a router. 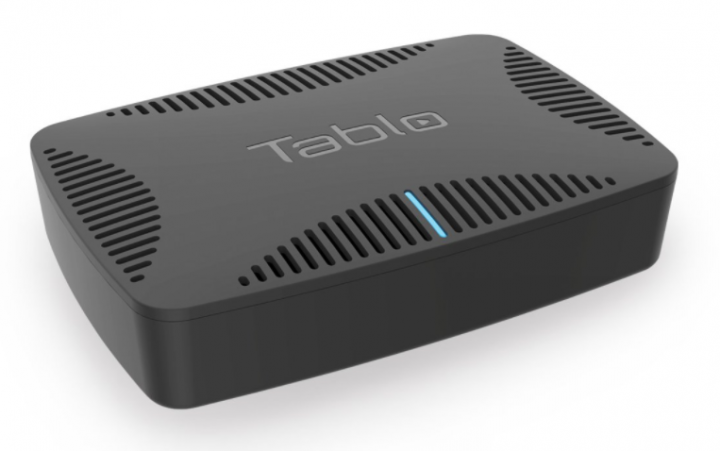 However, unlike the other devices listed in this post, the Tablo Quad doesn’t really offer native storage. Rather, you get expandable storage support of more than 8TB which can be availed via connecting an external hard drive as well as a 2.5-inch internal drive you can plugin. Tablo’s subscription basically costs $5 per month but you can also opt for a yearly or a lifetime subscription that can actually be availed for $50 or $150 respectively.

If you guys are finally ready to move on from DVR solutions but haven’t stopped watching Live TV channels. Then the Roku Ultra 2020 is the next best thing to a DVR box. The Ultra basically offers the best of both worlds – Live TV channels via Roku Channel service as well as content from major streaming apps and services.

The streaming device also offers 4K video resolution, perfect for your new and large Ultra HD smart TVs along with support for Dolby Vision and Atmos for HDR playback. The device is also bundled with a Roku remote that gives users with voice control and assistance via Google Assistant or Amazon Alexa.

The remote also includes a Playstation-ish 3.5mm headphone jack. That you can use to plug in the included JBL earphones for private listening as well. You get dedicated shortcut buttons for Netflix, Disney Plus, Hulu, and Sling TV in the remote along with two separate programmable shortcut keys actually. That you can set for many other programs or apps.

Comcast’s Xfinity X1 should be a close second option for anyone still looking for a DVR player in this day and age as well. It’s a really powerful device that also doubles up as a utility. In order to control your lights and smart home devices that’s around you. But, the DVR option isn’t as well equipped as the one on Tivo’s offering.

The Xfinity X1 only comes along with 500 GB of storage space that the company claims is enough to store more than 60 HD or 300 SD hours of live TV shows and movies. Just like the Tivo Edge, the X1 also supports simultaneous recordings of more than 6 channels at once. You get to control live TV playback via the native remote which also offers hands-free voice control.

In addition to streaming apps for Youtube, Netflix, Hulu, Prime Video, NBC Peacock, iHeartRadio, and many others. The X1 also comes along with different content categories. And shows you an assortment of info such as sports scores, weather, and news.

Alright, That was all Folks! I hope you guys like this “Slingbox Alternative” article and also find it helpful to you. Give us your feedback on it. Also if you guys have further queries and issues related to this article. Then let us know in the comments section below. We will get back to you shortly.