Apple’s HomeKit home automation platform houses all kinds of LED lamps, bulbs and panels whose lighting can be activated (and deactivated) through the screen of the iPhone, iPad, iPod, Apple Watch; and even through voice commands with Siri on HomePod, Apple TV and other devices.

And one of the most popular products in this category are Nanoleaf Canvas panels. This product consists of a series of LED panels whose lighting provides a very elegant atmosphere to the walls of the home and also has a mode with scenes that are a real light show. 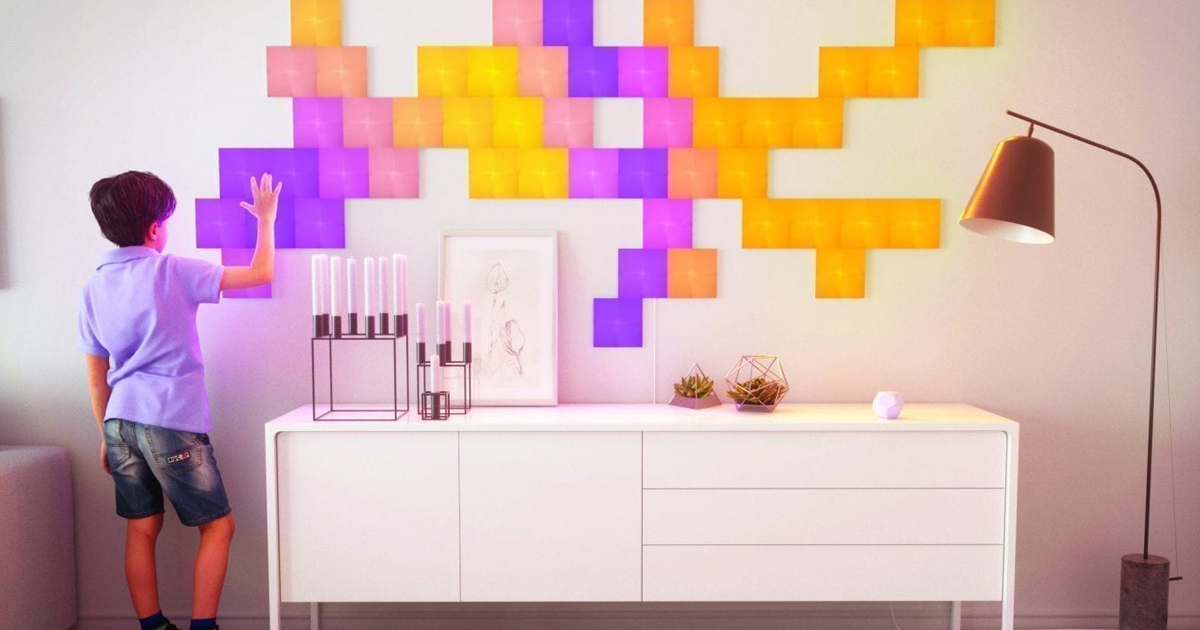 Well, from now on Nanoleaf Canvas panels have been updated through the HomeKit platform offering new touch functions through which users can control scenes of their LED panels.

For anyone who is not familiar with the subject, Nanoleaf LED panels can be attached to the wall or any surface of your home to offer a personalized lighting atmosphere. That is, users can change the color of the light at any time, and even enjoy automatic light changes to the rhythm of the music in real-time.

Nanoleaf has incorporated touch functions known as Touch Actions. These functions allow users to assign specific HomeKit scenes through buttons. So it will no longer be expressly necessary to control them from an app or with Siri voice commands.

“NANOLEAF LAUNCHES THE TOUCH ACTIONS, AN UPDATE TO ITS CANVAS SMARTER KIT THAT ALLOWS CONTROL OF ALL HOMEKIT DEVICES SIMPLY BY TOUCHING ONE OF THE LIGHT SQUARES.”

This is a novelty more interesting for users of Nanoleaf Canvas panels, and there are some situations in which it is not appropriate to use the voice (meetings, nap time, late morning hours, etc) or you just don’t feel like doing it. And sometimes, having to open an application to control the lights in your home is also not the most suitable.

Now, with the Touch Actions, Nanoleaf makes available to its users a HomeKit button to assign up to three different scenes for each of the LED panels placed on the wall.

These new touch functions will require the configuration of a HomeKit hub on the network, such as an iPad, an Apple TV or a HomePod to run the scenes. With the update of the Nanoleaf LED panels, the Canvas product will appear as a new HomeKit button in the iOS Home application that you can configure to your liking.