You are here: Home / News / This is what Apple Arcade looks like on a MacBook

Apple Arcade, Apple’s new video game service on demand, is already finalizing details for its long-awaited release. We recently learned that the company of the bitten apple had offered early access for 49 cents to a small number of users.

And now, by the way, we have discovered that Apple Arcade could cost $4.99 a month in the United States. Be that as it may, one of the editors of 9to5mac has been able to enter the early access and has shown us the first images of the video game platform on his MacBook.

Although it is true that the first video games available in Apple Arcade are not the best, they do allow us to see how the system works and how the subscription services platform behaves in relation to its different functionalities.

The video games available at the beginning of this early access phase are the following:

Also see: 6 improvements that should come to the iPad Pro before a triple camera

These are the first images of Apple Arcade on a MacBook

Next, we will talk about the six games that are available in this early phase of Apple Arcade. We repeat, they are not a big deal, do not expect brutal graphics or dream kinematics. But they will help us to see how Apple Arcade works on macOS Catalina. And we can see it on video.

As you can see in the video that we have attached, a new section called Arcade appears in the App Store of macOS. In it, we can see a promotional video in the form of a banner and the video games available at the bottom.

As for the card of each game in the App Store, it is practically identical to that of any other game in the store.

Most of these games are still in the process of development, so keep that in mind when you see their playability in the video. Let’s talk a little about each of them۔

Way of the Turtle 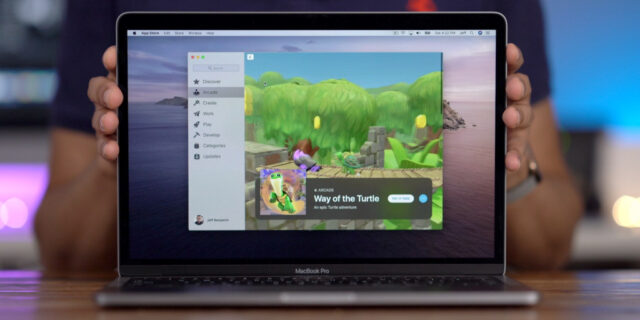 Way of the Turtle is a very simple platform game where you can live adventures with a newly married turtle that has lost his wife. It is a platform game in which you will have to walk, run, jump, dodge obstacles and solve puzzles. 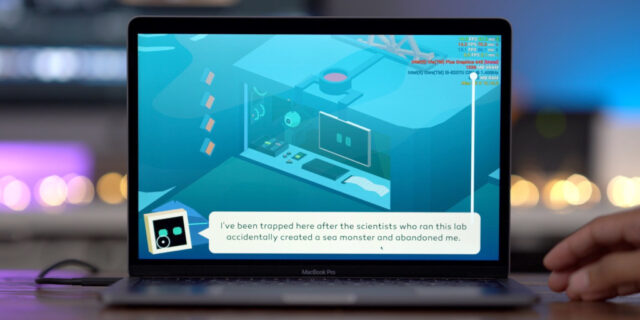 Down in Bermuda is a video game from the developers of Yak & Co. We are talking about a graphic adventure of the point & click style in which your goal will be to help a famous aviator named Milton while leaving his family to live an exciting journey across the Atlantic Ocean. 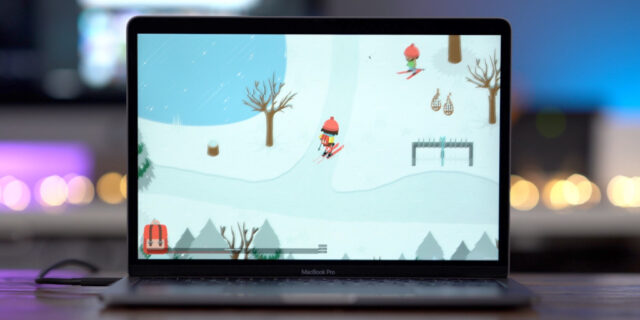 The RAC7 indie team formed by two developers and that has created titles such as Dark Echo and Splitter Critters, bring the Sneaky Sasquatch game to the Apple Arcade platform. In this colorful action and adventure game, you must control the main character in order to find food at a local camp. In the adventure, you will have to avoid the rangers and dangerous animals, while you can also play mini-golf, shop, drive cars, etc. 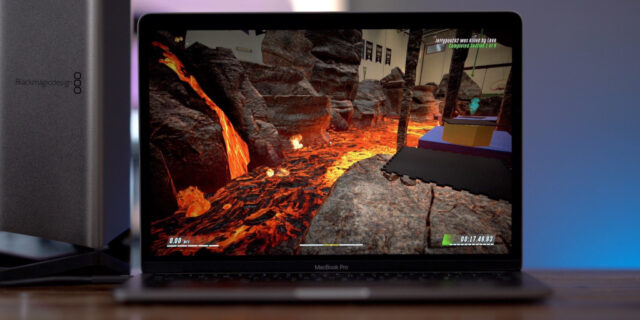 Given that the list of the six initial Apple Arcade video games doesn’t have a very high level, Hot Lava is probably the best you’ll find. At least, it’s the game with the best graphics. In any case, great titles like LEGO Brawls, Oceanhorn 2 or The Pathless will arrive on the platform, among others. Well, in Hot Lava what you will have to do is go jumping between platforms to avoid touching the ground, which is lava. Thus emulating one of the most classic games of any childhood.

Kings of the Castle 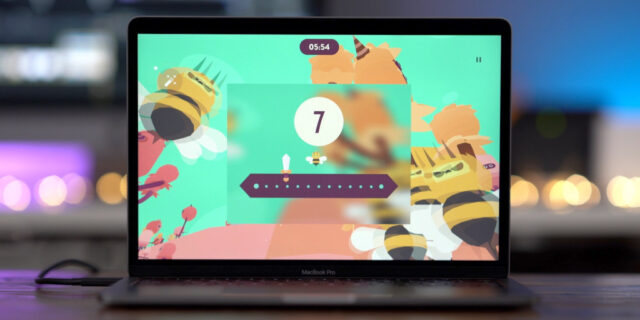 And we finish this nice little tour of Apple Arcade with Frogger in Toy Town, a Konami game inspired by the classic Frogger. Your mission will be to help a small frog to cross the street and avoid all kinds of obstacles that appear in the form of 3D elements۔