Whenever you are in a discussion about PC performance, but especially PC gaming performance, you may hear about something called a GPU bottleneck. GPU and CPU bottlenecks are referred to as a scourge to in-game framerate. But what does all this stuff actually mean? In this article, we are going to talk about Cpu and Gpu Bottlenecks. Let’s begin

What is a bottleneck?

In the context of hardware, a bottleneck refers to a component in your system that is holding back the performance of another (or every other) component in your system. For instance, a 5400 RPM hard drive slapped into the world’s most powerful gaming PC would be a significant bottleneck. Since it would result in woefully slow in-game load times and in-game performance hitching because of assets being loaded in late.

If you want to make sure consistent in-game performance, removing bottlenecks from your system is vital.

What is a GPU bottleneck, and how do I fix it?

When most of the folks talk about bottlenecks, this is usually what they are referring to- GPU bottlenecks.

Unfortunately, there are only two ways to fix a GPU bottleneck:

GPU bottlenecks are tied firmly to in-game graphical fidelity and settings. However, many gamers prefer to focus on raw playability and fluidity rather than pretty graphics. For these players, making the game look like it could run on a Nintendo 64 is worth it. So long as they achieve super-high framerates (120+) that give them a competitive advantage.

Unfortunately, even those gamers cannot do much about what’s up next…

What is a CPU bottleneck, and how to fix it?

A CPU bottleneck is, generally-speaking, much worse to deal with than a GPU bottleneck. The reason why it is simple: short of actually replacing your CPU, almost nothing can be done about a CPU bottleneck.

The huge majority of in-game graphics settings have nothing to do with your CPU. And the ones that do- like View Distance in Fortnite- have gameplay implications. Turning down a setting Such View Distance in a competitive multiplayer game could give you a very real disadvantage against other players.

So, why are CPU bottlenecks such a big deal?

Why CPU bottlenecks are more complicated than GPU

Simply put: your CPU is the real bottleneck, in any scenario. What your graphics card is doing is making all the pretty graphics on your screen. What your CPU is doing is all the actual work, like tracking the position of players and objects at any point in time, and all the other millions of calculations need for real-time gameplay. All the actual game logic stuff is happening on your CPU, not your GPU.

To sum up what we are saying, put this to memory:

When it comes to bottlenecking, the CPU and GPU  bottlenecks are not all you need to think about. You also have to consider it…

Memory, or RAM bottlenecks! Technically, this kind of acts as a CPU bottleneck too.

Your RAM speed is tied to your CPU performance, especially if you are using an AMD Ryzen CPU. The biggest way that RAM speed negatively impacts performance is not by users not buying the most high-quality gaming RAM or anything, though.

The issue is that many users are running in single-channel, instead of dual- or quad-channel RAM configurations.

“Single-channel” RAM refers to RAM run with a single stick, that restricts it to running at half of its rated speed.

“Dual-channel” RAM refers to running dual RAM sticks, that allow it to achieve its rated speeds.

“Quad-channel” RAM refers to running…quad RAM sticks, though this does not double rated speeds. It still provides an improvement over dual-channel. Although, and maybe ideal for any RAM-speed reliant tasks you are running.

When it comes to gaming, it does not really matter if you are running in dual or quad-channel. However, it is important that you are not running in single-channel. This will greatly compromise your CPU’s effective speed (especially with Ryzen!). And result in you not getting all of the performance you pay for.

If you care about avoiding CPU bottlenecks and getting the best performance, always run your RAM in the dual-channel!

Storage bottlenecks are not usually concern but can become a problem with particularly slow or aging hard drives.

A modern standard 7200 RPM HDD you have owned for a year or two should be fine in this regard. It won’t be as blazing fast as an SSD in terms of loading times. But as long as it does not hitch when loading assets or anything, you are probably fine.

Where you will encounter issues is with aged or slow (5400 RPM) HDDs. As they start to decline, you may notice your games having issues loading in all their textures and assets. In severe cases (such as with Overwatch), your drive speed may be so slow. That you are unable to load the map in time to join the game.

For the best experience, we recommend you get an SSD for gaming.

How to avoid CPU bottlenecks in your next PC build

So…now that we have gone through everything, how do you avoid this CPU bottleneck issue in the future?

We are going to boil it down to some very simple PC builders’ advice. Follow these points, and you will be just fine:

And that is it!

Alright, That was all Folks! I hope you like this Cpu and Gpu Bottlenecks article and find it helpful to you. Give us your feedback on it. Also if you guys have further queries related to this article. Then let us know in the comments section below. We will get back to you shortly.

Also See: How to Install Clean Boot Logo on Samsung 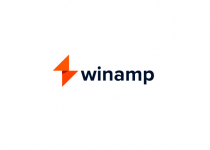