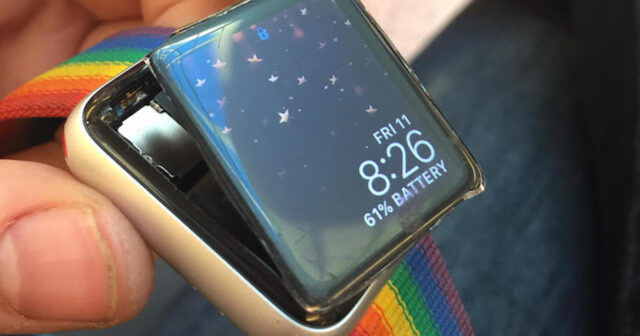 The Apple Watch, like the rest of smartwatches, is great engineering work. Storing so many components in such a small space should not be easy. It is something more than an extreme Tetris since all the elements must coexist in harmony without causing problems between them.

Although the Apple Watch is not a device that usually gives big problems to its owners, there is one particularly worrying that has been repeated throughout the world. Such is its magnitude that a lawsuit has been filed against Apple asking for justice.

Gina Priano-Keyser, a resident of New Jersey (United States), has filed a complaint against Apple in the District Court of that country. And it is that there is a very common problem that affects all the generations of the Apple Watch and to which those of Cupertino still have not put solution: the swollen batteries.

Also See: The Apple Watch ECG saves a skeptic after his arrival in Europe

The battery, when “inflamed”, causes the screen of the smartwatch to leave the body, revealing the internal components. In the best case is hanging, but often goes off by pressure. As MacRumors shows, it is not a problem of use, since it can happen both in units with several years in operation as well as in the ones just released or with very few days behind them.

Apple is aware of the problem and, in previous occasions, has offered free repairs until after years after having acquired the Apple Watch. However, despite the fact that it is a non-consumer fault, Californians say it has been caused by misuse or accidental damage.

This is the case of Gina Priano-Keyser

The affected bought her Apple Watch Series 3 in October 2017, that is, practically nothing else go on sale. Everything went well with him until July of 2018, while he was recharging the battery, the screen came loose from the body and broke. His daughter managed to put it back in its place but, since then, it is practically useless.

When she went to the Apple Store closest to her home – by appointment – the person who attended her refused the free repair, having to pay $ 229 if she wanted it to work again.

This is not an isolated case. In the network, especially in the Apple support forums, you can read testimonials from dozens of users with similar experiences. The surprising thing is that Apple has not yet solved this failure (nor the keyboard of the MacBook ). Saving the distances, he remembers a lot the Samsung Galaxy Note 7 that exploded by surprise.