The “best smartphone in the history of mankind” will be presented in September 2019, according to the current understanding. Meanwhile, Caviar has already taken the liberty of dusting an alleged iPhone 11, or rather a rear, with rubies, diamonds and meteorite pieces that crown the new collection dedicated to Apple.

Following the theme of space exploration, we already have highly customized versions of iPhone 11. 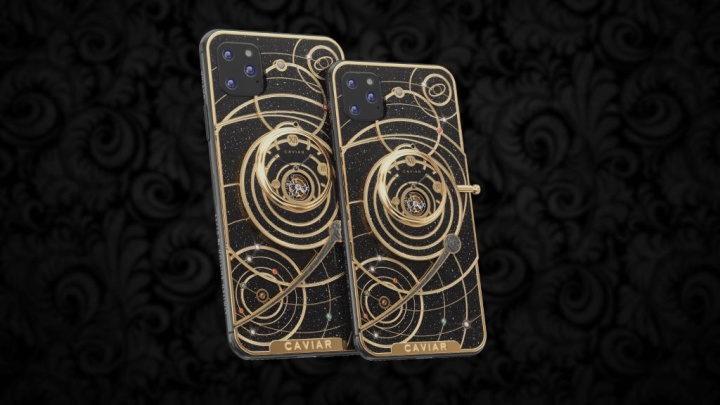 Russian company Caviar specializes in customizing various items, including smartphones. However, no other product has so much attention, and prices worthy of a maharajah, that the North American Apple releases and is already preparing the next generation of devices to be presented in September.

The iPhone 11, already with a touch of Caviar

It should also be noted that the final design of Apple smartphones has not been confirmed, although all leaks point in the same direction. Therefore, the Russian company has decided to go ahead and has already presented its new collection. In short, a project based on a prototype of the supposed iPhone 11.

Note also that Caviar personalizes the entire rear of a mobile device. By the way, in some cases, it even touches the front panel, although it specializes in the back. Yes, Caviar applies its mastery and know-how to create intricate combinations and artistic effects on smartphones.

Now, for the Apple iPhone 11, Caviar has raised the bar and plans to include pieces of the moon – small fragments – on its back. This of course, in addition to the gems that will also adorn the rear panel, as well as a complication we find in luxury watches, a mechanical whirlwind.

In September we have new Apple smartphones

Caviar is planning to make one unit with all this refinement, costing about $ 50,000. For this price, the consumer will be entitled to a unique work of art, with incredible touches of personalization and mastery in the area of ​​jewelry.

We have several diamonds, a spacecraft fragment, a moon fragment, several rubies, other color-specific diamonds, as well as topaz. Not forgetting also a piece of the meteorite to crown the whole space theme. Something we can see from the image below. 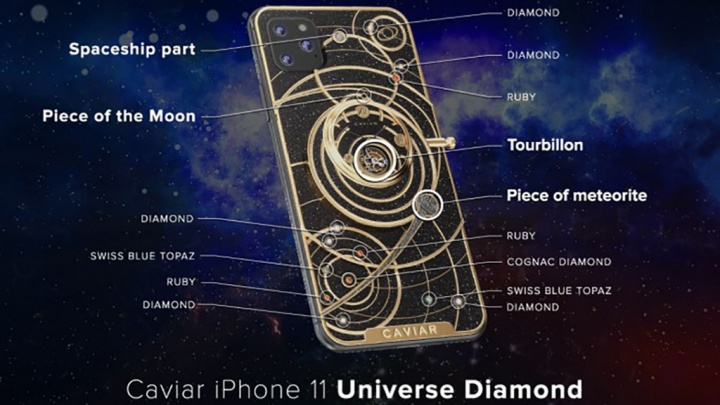 Unfortunately, Caviar doesn’t give us an iPhone 11 specs. On the other hand, if someone pays close to $ 50,000 for a smartphone, specs aren’t a concern. That said, we have to wait until next September to clear up our doubts.

Would you be interested in a custom and intricate version of iPhone 11?