Although iPhone 6 and 6 Plus touched unpreceded heights as far as the sales chart is concerned. Their enviable success has slightly marred the bendgate issue that has given birth to “Touch Disease.” Because of a flaw in the design. Screen unresponsiveness has been found to be prevalent on quite a few 6 and 6 Plus devices. In this article, we are going to show you some tips about how you can fix iPhone 6 touch screen not working issue.

There could be some other reasons as well behind the unresponsiveness of touchscreen on your iPhone. It can be a jailbreak, poor quality of screen protector, sweaty fingers. Let’s check out all the possible solutions to fix your 6/6 Plus screen!

We honestly advise you to tick off all the quick tips. Because they could resolve the problem. But if the problem still continues, then head over to the solutions mentioned below.

“Force Restart” is here to flush out bad bits and also fix some miscellaneous issues. Therefore, it is worth giving it a chance to bring back the normalcy.

To force restart your device. Just simply press and hold both the Home button and side button at once. Until the Apple logo appears to the screen. 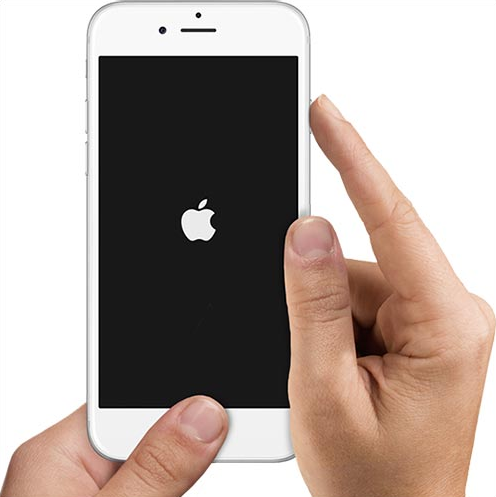 Once you restart your device, the touch screen should start working normally.

Restore your iPhone in Recovery Mode

Agreed, this solution sounds drastic, and I do not think that you’d like to take it on happily. But you gotta believe me, we know Recovery Mode to troubleshoot quite a few miscellaneous issues. So, give this relatively trusted troubleshooter a chance as well. To do it, just head over to this complete guide.

The well-known repair site iFixit has identified Touch Disease on iPhone 6 and 6 Plus. It has revealed that Touch Disease could be an additional symptom of Bendgat. The design flaw in the iPhone 6 range of devices.

What’s the Root cause of Touch Screen ID Disease

Touch IC chips on the iPhone’s logic board break away partially which results in intermittent electrical connections. Consequently, the touch screen actually does not respond to the touch at all.

Find out if your iPhone is affected by Touch ID

The iPhone that has been affected by Touch Disease display flickering or Multi-Touch issues at the top of the screen. It looks pretty similar to TV static.

Apple redesigned the logic board in iPhone 6s/6s Plus or later. And moved the affected components. However, the tech giant has made the latest iPhones (6s or later) more rigid. To make sure that they do not easily bend. The chips were protected by the metal shield in older iPhones. As a result, they are also not affected by this issue.

How to Fix Touch Disease on iPhone

Apple has found that the Touch Disease can be the result of random drops of the device on hard surfaces. If your iPhone 6 Plus (which is more prone to this disease) is affected by this issue. Then Apple will repair your device for a service price of $149. Only if it is in working order and the screen is not crack or break.

Alright, folks, That was all for this iPhone 6 touch screen not working article. I hope you like it and find it helpful. Also if you guys have further queries and issues related to this article. Then let us know in the comments section below. We will get back to you shortly.