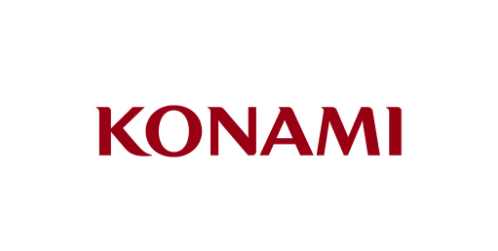 Perform those button presses in the right sequence. And then you will unlock cheats that help you to win the game. But recently, the code has grown into a wider pop-culture reference. And you might be curious about how it got started. Let us take a look. In this article, we will tell you about the Konami Code – What is it and How to Use it. Let’s begin!

Contra Made It Famous

The Konami Code originated as a cheat code—a sequence of button presses. That unlocks secret features in a video game, usually making it easier to play.

The first-ever game to feature the Konami Code was Gradius for the NES. That was published by Japanese third-party developer Konami in 1986. If you pause the game and enter the code, it activates several helpful power-ups.

Gradius is a difficult game, and the inventor of the Konami code, Kazuhisa Hashimoto, said in a 2003 interview. That he created the code to make play-testing the game easier for him. (Sadly, Hashimoto passed away in February 2020.)

The Konami Code became legendary thanks to another Konami game called Contra, released for the NES in 1988. This run-and-gun shooter features great graphics and satisfying co-op play. But it is punishingly very difficult. If you enter the Konami Code at Contra’s title screen just before starting the game. Then it gives the player 30 extra lives, that helps non-experts live long enough to at least play past the first stage.

Cheat codes that let you get more enjoyment out of a game were a big deal in the late 1980s, at a time when each NES game retailed for around $40 a piece (about $87 today, adjusted for inflation). Many kids received only a handful of new games per year. If you got stuck with a game that was too difficult to play, it could be a frustrating situation.

Luckily, hint books and magazines often came to the rescue. Nintendo Power, a widely-distributed video game magazine owned by Nintendo itself. Introduced Contra’s Konami Code to a large American audience as part of its “Classified Information” column in its first issue in 1988, and gamers never forgot it.

Examples of the Konami Code in Gaming

The Konami Code is not just limited to NES games. Dozens of titles have supported the Konami code (or references to it) over the past three decades.

To give you an idea of the breadth of Konami Code support in games over the decades. Let’s take a look at a few examples.

The Konami Code in Popular Culture and Beyond

Because a generation of gamers grew up with the Konami Code memorized. It definitely makes sense that the code has become a wider pop culture reference in recent years. It has been printed on t-shirts and merchandise and referenced in films like Wreck-It Ralph. A recent Fisher-Price baby toy called the Game & Learn Controller also supports the code: When input, the lights flash, and a voice says, “You Win!”

However, around 2013, a version of the Netflix site allowed users to access a hidden settings screen. By inputting a modified version of the Konami Code on their remote controls. And on various prominent sites (hint, hint), entering the code can activate an Easter egg.

It is obvious the Konami Code has unlocked a secret place in our hearts. And I suspect it will keep finding its way into various forms of media for years to come.

Also See: User Guide On How to Get Fewer Emails From Microsoft Teams