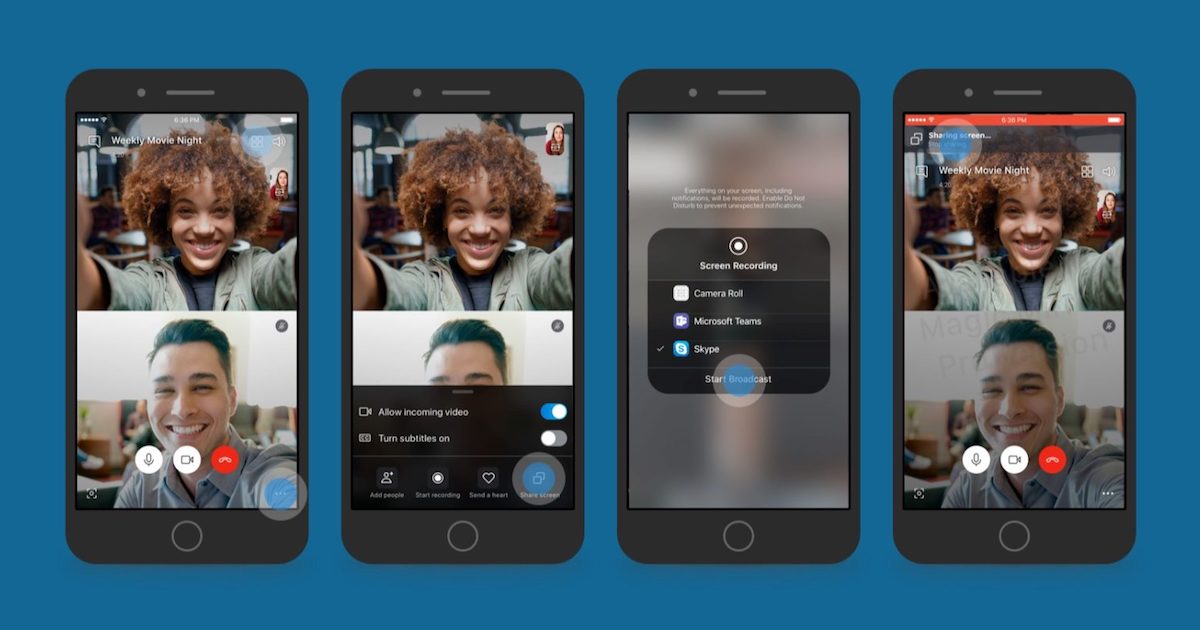 Technology has helped us to be more connected than ever with our loved ones. It is very easy to have a telephone conversation with someone who is thousands of miles away and the same with a video call. There are many services to make video calls, although the most iconic is Skype.

In recent years may have ceased to have such prominence because there are strong rivals such as FaceTime or WhatsApp video calls, but Skype marked a time and continues to update regularly to add new features and solve security problems. The last one is to share the screen of mobile devices.

It’s been 8 years since Microsoft decided to buy Skype and, fortunately, it did not allow it to fall into oblivion. It has versions for smartphones and tablets with iOS and Android operating system, which is almost where most news receives. The latter allows users to share what is happening on their iPhone, iPad or terminals with the green android system.

At the moment the function is only available to people who are registered in the betas program, to which they can join through the Skype Insider page. The Verge says this feature is very useful for companies and work teams because they can easily share PowerPoint presentations or notes.

Also See: This concept of macOS brings us great ideas that Apple should copy

Microsoft has not provided a public release date for all users who are not enrolled in the Insider program, although it is likely to be available in a few weeks. The guys from The Verge have tried the new beta and comment that, at least for iOS, the feature is not yet activated despite the fact that Microsoft makes it known through an official statement.

It is best to wait a few days and avoid the possible problems that may arise when using trial versions.