Apple’s AirPdos do not have an official certification of water resistance, however, a recent test developed by CNET in which they compare with the Powerbeats Pro and the Galaxy Buds the result has been quite surprising for the Apple accessory.

First of all, you have to analyze the contenders of this test, on the one hand, we have the Apple Powerbeats Pro that is technically the most resistant with an official classification of IPX4, then we have the Samsung Galaxy Buds with an IPX2 classification, which means that They are splash resistant. Finally, we have AirPods that do not have any type of official certification. The result has been quite surprising. 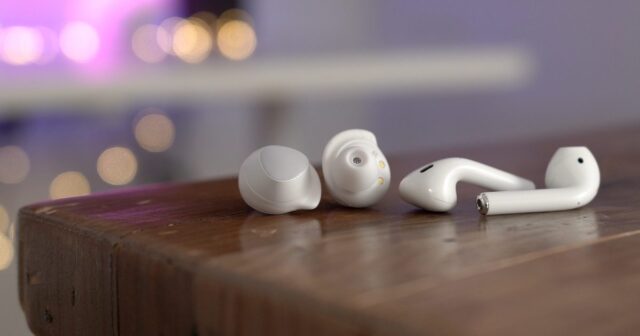 Which ones are more resistant to water, AirPods, Powerbeats Pro or Samsung Galaxy Buds?

Probably one of the most interesting tests because if we exercise with this type of device it is common for us to sweat with them. The test was performed by spraying water while the devices were placed on the ear, so the interior did not get wet at any time.

After this test, several sections were verified as the Bluetooth connection, the audio quality, and the microphone. All three devices worked perfectly after the test.

This test tried to imitate a possible accident so they submerged all the devices for 5 seconds in water to check their assistance to the dive. Once the 5 seconds passed, they removed the devices and checked the same sections again.

Again after checking the Bluetooth connection, the quality of the audio and the microphone the three devices worked correctly, quite surprising results.

Also See: Half of users do not know what iPhone model has

This third test is the hardest of all and consists of putting each of these devices in a washing machine with clothes and detergent during a normal cycle of 30 minutes. This is something that could not happen to anyone if we forget our AirPods in the pocket of a pair of pants. Once finished, they removed the AirPods and dried them.

Again they checked the three parameters and these were the results:

After 48 hours they went back to carry out all the tests to check if the damage had increased, and it surprised everyone.

After this test, it seems clear that the AirPods are more resistant to water than they appear, although they do not have official certification. Even putting them in the washing machine for 30 minutes, after 48 hours the AirPods still work very well. We will see if with the AirPods 3 the awaited certification arrives.