You are here: Home / News / This is how Apple protects iOS performance and security on your iPhone

On many occasions, especially in the repair of an iPhone with hardware problems, some stores introduce third-party batteries that are not genuine Apple into the smartphone, in order to save economic costs.

These batteries can seriously affect the performance of the operating system. And it is that we remember that the battery forms a fundamental part in the software of iOS. In 2017, a great controversy arose when it was discovered that iOS updates slowed down the system, and everything was related to the battery. 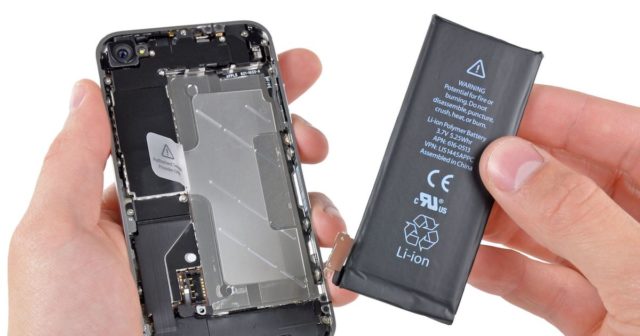 But now Apple has introduced in its iOS operating system a new warning that will warn you if your iPhone’s battery is not original from Apple.

New iOS functionality will notify users if an iPhone has a third-party battery that is not original from Apple. Apple defends this warning as a way to ensure both the performance and safety of the device.

“IMPORTANT BATTERY MESSAGE: IT WAS NOT POSSIBLE TO VERIFY THAT THIS IPHONE HAS A GENUINE APPLE BATTERY. YOUR HEALTH INFORMATION IS NOT AVAILABLE FOR THIS BATTERY. ”

In a new statement to iMore (via Twitter) Apple wanted to defend its position regarding the new warning about third-party batteries. The company says they take their customers’ safety very seriously and want a battery replacement to be done correctly.

Also see: Apple sued for violating the privacy of its Users, Know Why

“THERE ARE MORE THAN 1,800 SERVICE PROVIDERS AUTHORIZED BY APPLE THROUGHOUT THE UNITED STATES SO OUR CUSTOMERS HAVE EVEN MORE CONVENIENT ACCESS TO QUALITY REPAIRS.”

You can read the entire statement from here: