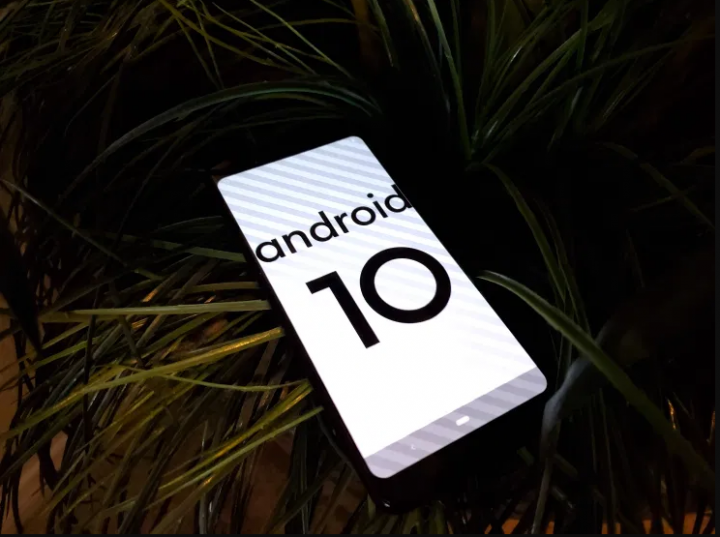 In this guide, you’ll learn about Android 10 issues and their fixes. After endless speculation, the Android 10 update has been launched in the wild. The latest Google-made mobile operating system packs a bunch of features. Some of them aimed at making your life simpler. Sadly, with every big Android release, comes a set of irritating bugs. And Android 10 is also no exception.

Users, who take the stable release out for a spin, have claimed some pesky imperfections. Also, we’re here to help if you face a bug or two yourself. So, without further ado, let’s move into it. 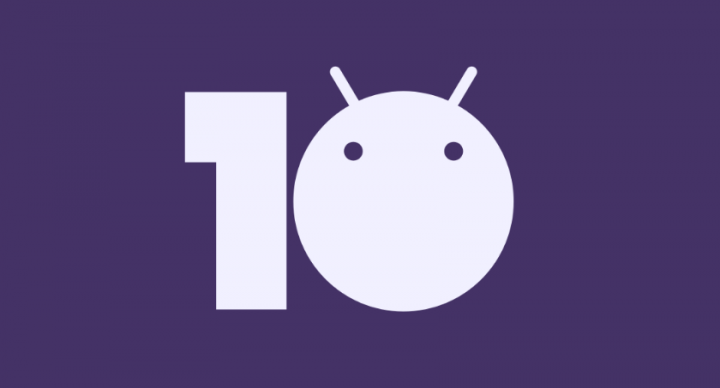 Some users on both the Pixel forum and Android issue tracker are claiming that the sensors on their mobiles are not behaving as they did on Android 10. Due to this, ever-dependable features such as Auto-rotation, double-tap to wake, Active edge, Auto brightness, flip to shh, ambient light, lift to wake, etc. are no longer working. However, these problems are fixable through a factory reset, but it won’t help in this case. Some users affected by the issue seem to have Pixel 3XL.

A Pixel forum user also claims that downgrading the Pixel 3 XL back to Android 9 Pie fires up the sensors and the features mentioned above work as expected. Another user claimed that installing ord downloading a custom kernel fixed the issue as sensors start working perfectly even on Android 10. But installing or downloading Google’s stock kernel lost the sensors.

We expect Google to launch a software update to resolve the issue with sensors soon. But if you can’t wait and you are okay with bootloader unlocking then you can install or download a custom kernel via TWRP to resolve this. For more Android 10 issues and fixes dive down below!

The direct share menu display contacts for Google Messages only

On Android 10, some users are claiming an issue with the Direct Share menu. When you click on the share button, the Android 10’s system offers you suggestions only from Google’s Messages app, not for any other app. When the Direct Share menu suggests contacts through the application you use regularly and doesn’t limit itself to just one application.

You just want need to update the Verizon app on your device to resolve the problems with the call. So, you don’t want to uninstall the Verizon app for this as was recommended earlier (see previous solution below). For more Android 10 issues and fixes dive down below!

Well, a solution has already been spotted for this. You just clear the storage for the Google Messages app. To resolve the issue, head over to Settings app > Apps & notifications > See all apps > find the Messages app. Click on the app’s name, and then click Storage & cache. Now click Clear storage.

There might be a chance that you face issues answering and making calls. Some users have claimed that it takes a few minutes to connect when you made a call with full service. When you answering phone calls it takes time to connect or doesn’t connect at all.

All you need to do is to wipe the cache of the Phone app, though. However, we suspect Google wants to roll out a system update to resolve the issue.

If you are using Verizon and facing any difficulty while making calls, here’s a fix that worked for one user that may also resolve the issue for you. Well, uninstalling the Verizon application from your device will fix the issue.

The inability of switching from eSIM to physical SIM

You may have face this problem if you are running Android 10 on your Pixel 2 using a physical SIM from one carrier and an enabled eSIM from another. Normally, if you put a physical SIM into the mobile, two SIMs are shown to be working but after the Android 10 update, only the eSIM network is being shown. For more Android 10 issues and fixes dive down below!

Google Fi team recommends a temporary solution for this. You can manually switch SIMs simply by dialing this code *#*#794824746#*#* in the mobile app. Try this.

If you want to resolve the issue for now you can change the APNs. Here is how: Head over to settings > Network & Internet > Mobile Network > Advanced > Access Point Names. You can then change the APNs from ATT WAP to ATT Nextgenphone. There might be a chance that this may fix the problem for now but for a foolproof solution.

Not getting pop-up notification 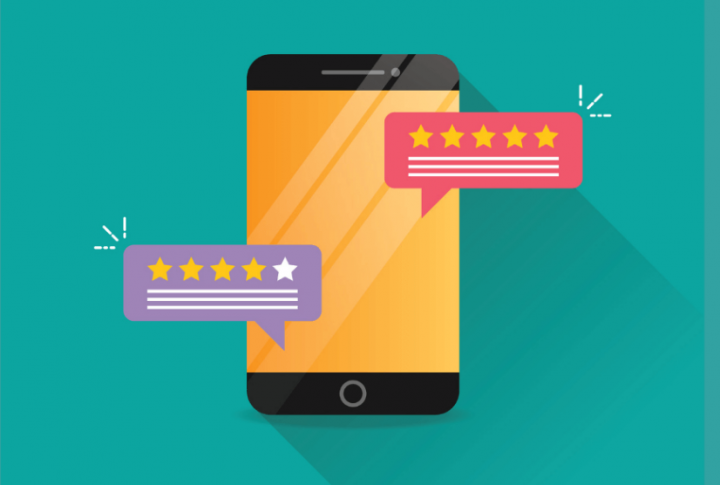 Another issue is the nonfunctioning pop-up notification feature after the Android 10 update. The inability to getting popup notifications can be crucial especially when you are notifying you about something important.

Some of the possible fixes that may prove to be temporary fixes like turning on the pop on-screen toggle under the show notifications settings.

Android 10 comes with a reworked gesture-based navigation system. Google has added assistant hints to help you with the transition. However, lots of users have found the hints too obtrusive and have been asking for methods to erase those altogether.

Google doesn’t provide you an option to disable the hints. But you should try a stupidly genius trick to get rid of them. To disable the hints, trigger the assistant and head over to Home, like 5-6 times in a row, even 10-12 times.

Well, all Android tells you how you can access Google Assistant whenever you have Gesture navigation turned on.

Also, if you change the launcher application, then you won’t receive these hints as the gesture navigation is currently not turned on custom launcher right now. So developers want to update their Launcher app to allow support for Android 10 gestures. For more Android 10 issues and fixes dive down below!

Lastpass Authenticator is another trusted authenticator apps in the business. With its help, you can log on to various websites/apps, without having to input each of their passwords separately. Unfortunately, lots of users face difficulty since updating to Android 10.

There’s no specific solution to this issue, but wiping the app cache and restarting the device a few times should take care of the issue.

Google Pixel devices and Essential Phones are the only smartphones to get updated to Android 10, so far. Both sets have to face some weird bugs, but Essential Phone users probably find it worse. From random app crashes to being unable to install apps/anything off the internet, lots of Essential Phone users have been left frustrated with the update. For more Android 10 issues and fixes dive down below!

To fix the issue, just perform a clean factory reset. Make sure you back up or recover all your data first. 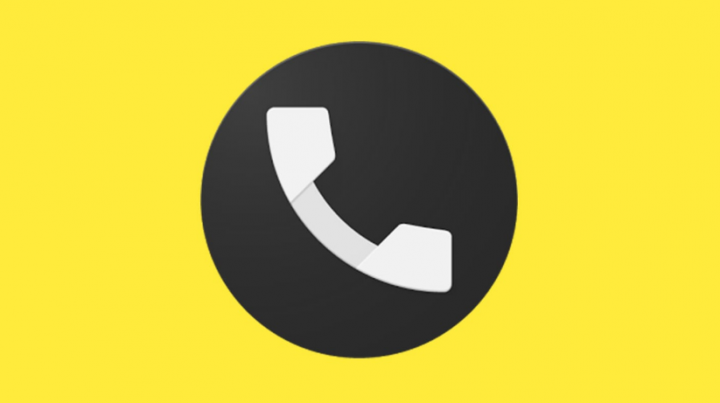 While updating to Android 10, some owners of Pixel have been facing 15/20-second delays while making a call. Google addresses the issue, but there might be a fix to this annoying problem.

Verizon Wireless users have been affected the most, so, it could be a carrier problem besides a Google screwup. Either way, to resolve the problem, check whether you have installed the MyVerizon app. If you do, try to uninstall it and making a call. If that doesn’t resolve the issue, maybe try factory resetting your device.

One frustrated user has been facing difficulty channeling phone calls via Bluetooth on his Pixel 2 XL. No other user has claimed the issue, so, you just treat it as an isolated incident as of now. The user also de-paired and re-paired his Bluetooth devices but to no avail. For more Android 10 issues and fixes dive down below!

If the above fixes stop work, try to perform a factory reset. You should take a proper backup of your data before you do.

Time not displaying on the status bar

Pixel devices show time located in the top left corner of your status bar. While we don’t feel its importance when we’re on the home screen. Also, it acts as a lifesaver when we’re totally immersed in an app. If for whatever reason, your clock doesn’t display where it’s supposed to. Maybe you have an app interfering with the System UI Tuner.

If you had Nova Launcher in the past, then the app settings can carry over to Android 10. To reset, download or install the launcher you had in the past and then reset its settings. 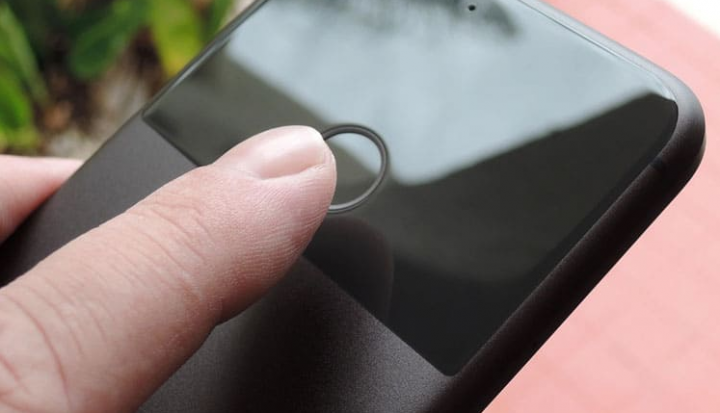 If you’re facing a tough time using a fingerprint scanner after updating to Android 10, you are not alone.

Restarting your mobile device should fix the issue. If not, then try factory resetting your Pixel.

Where are Tap and Pay

One of Google’s most popular features, Click and Pay, has been moved to another location. For more Android 10 issues and fixes dive down below!

It was mentioned under default apps earlier, but now, you can also find it here: Settings > Apps & notifications > Special app access.

Wi-Fi issues are very common after major Android updates, and Android 10 is no exception. However, thankfully, there are various things you must try.

Also, ensure to unplug and then again plug the router after a few seconds for a quick soft reset.

just like Wi-Fi, Bluetooth problems are also very common after a major OS upgrade. If you are facing issues while connecting to Bluetooth devices (including a car) on Android 10, you are not alone. Though, the issue with Bluetooth can be fixed easily.

Method 1: Move to Settings > Connected devices and erase the paired device. Then again add it and check if starts working properly. Try to restart your device and then check again.

If you’re receiving sub-par battery backup after updating to Android 10. Then there might be a time to try a couple of workarounds to get your device back in shape.

Method 1: Try to use the device for a few days. The PC will settle in and you shall then get the best possible battery life on your Android 10 device.

Method 2: Try to perform a power cycle. If you want to do so, drain your mobile battery down to zero and again charge it back to 100, without interruptions. Repeat the whole process 3-4 times.

Android 10 learns your usage habits and makes the applications behave accordingly. It’ll take a while before it learns your patterns successfully.

If you’ve been missing notifications after updating to Android 10, disabling battery optimization for a few apps might do the trick. After turning it off, it won’t put your applications to sleep, making sure you don’t miss any notifications.

Here’s how to disable battery optimization for an application on Android 10. Head over to the Settings app, and then click Apps %notifications > Advanced > Special app access > Battery optimization > Not optimized (in the drop-down menu) > All apps. Now tap the app’s name (you can look for it using the search button located in the top right).

That’s all about it, guys. I hope that his article was helpful to you. For additional questions and queries let us know below!

Forza Horizon 4 Not Launching, Crashing, Or Opening On PC – Fix It