If you have installed Office 2019 or Office 365, then you would have noticed that OneNote is actually missing from the installation. Microsoft is basically ditching OneNote 2016 in favor of the OneNote app bundled along with Windows 10. In this article, we’re gonna talk about How to Download OneNote 2016 in Windows 10

OneNote is an all in one note-taking, information gathering and also multi-user collaboration tool from Microsoft. It supports notes, drawings, handwriting, screen clipping, audio, and video as well.

OneNote was a part of Office 2016 Suite, however, was not included in Office 2019 or Office 365. Microsoft may offer extended support after that but we have to make sure that we migrate all of our notebooks and notes to the new OneNote app.

The Difference between OneNote 2016 and OneNote App

OneNote 2016 was basically released as a Desktop app that came with Microsoft Office 2016 Suite as well. OneNote for Windows 10 basically comes as a pre-installed app in Windows 10.

Microsoft is actually stilly porting all the features of OneNote 2016 to the new OneNote app. From March 2020, the new OneNote app will be bundled along with Office 2019 and Office 365. So it’ll still come as OneNote for Desktop app as well.

Let’s have a look at all the features of each app:

Microsoft is slowly adding all of these features to the OneNote app actually.

When you have downloaded the setup file, then run the installer and wait for the download to complete.

When it is installed, then you can search for OneNote from the Start Menu and you will find two entries, OneNote app and OneNote 2016 actually.

You will need to sign in with your Microsoft ID in order to start OneNote 2016.

Both of these apps can be used side by side. However, if you want to completely delete one app, then you can do it from Apps and features. 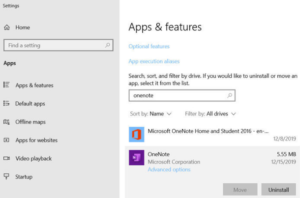 You can also take this backup on any PC and place it under your Documents folder. The new OneNote app will automatically detect the new notebooks as well. 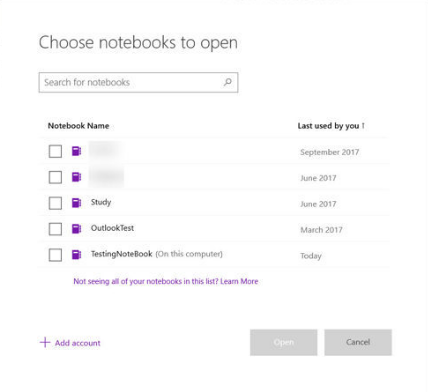 Keep in mind that the notebooks you copied from the backup will have (On this computer) label in front of them. When opened, then you will need to choose a Microsoft ID where these will be uploaded. Unfortunately, the OneNote app does not work with local notebooks actually.

It only works on Windows 10.

The above-mentioned links are web installers actually. You will need to run the installer in order to download and install the latest update of OneNote 2016. OneNote 2016 works for all versions of Windows that include Windows 10, Windows 8/8.1, and Windows 7.

Alright, That was all Folks! I hope you guys like this “download onenote 2016” article and also find it helpful to you. Give us your feedback on it. Also if you guys have further queries and issues related to this article. Then let us know in the comments section below. We will get back to you shortly.