If you are facing the very same issue, that reading this article will not only help you to fix the problem with the potential solutions provided. However, also help you learn another method to view iPhone photos on PC or transfer photos from iPhone to Windows 10 PC without the Photos App. Read on to get the details of that.

Note: Before going through the tips, the first thing that you should try, as with many Windows issues, is to run a basic check for corrupt system files on Windows 10. If you want to do this, then just open the command prompt, enter the command sfc /scannow and restart Windows.

The main difference between these and other versions of Windows is that they do not contain Windows Media Player, Groove Music, and all of the other multimedia apps, nor the libraries need to play that multimedia. This, strangely, can affect the Photos app, because that depends on multimedia libraries too.

You can also check your Windows 10 version through clicking Start. Then typing “about” and choosing “About your PC”. Scroll down in the new window and then see if next to “OS build”. If you see an “N” or “KN” next to your OS build, then try to download the Windows 10 Media Feature Pack to fix the Photos app.

One of the most frequent reasons the Photos – or other UWP – the app might not work is because of modified permissions in the file system. If you want to check this, then you need to go to three folders on your system and make sure that their “ALL APPLICATION PACKAGES” permissions are in order. 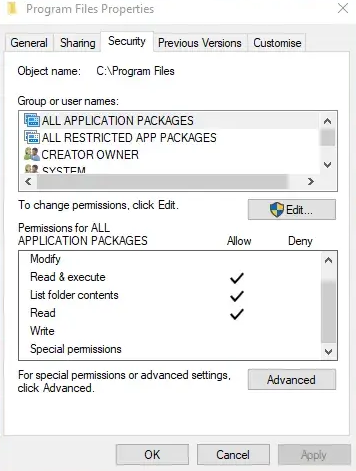 To do this, then navigate to each of the folders listed below the screenshot, right-click them. Then click the Security tab -> ALL APPLICATION PACKAGES and make sure that the following permissions are allowed (tap “Edit” in the Security tab).

The same thing that applies to the app itself. If there’s some component of the Photos app that conflicts with your system, developers will probably find a solution for it as well.

But rather than Windows Update, the fix might deliver to you via the app update.

How to update the Photos App:

Go to Microsoft Store, search for Microsoft Photos, and then check for updates. Install the latest version of Photos app on your Windows 10 PC if there are new updates available or not.

If it does not start downloading right away and is stuck on “Pending”, then you can tap the three-dotted menu icon to the right of it. Then tap “Download now” to get it going.

The effectiveness of this tip has proved to solve the Windows 10 Photos App not working issue. Follow the steps below to reset the Photos App on your Windows 10 PC and then see whether the problem is solved. 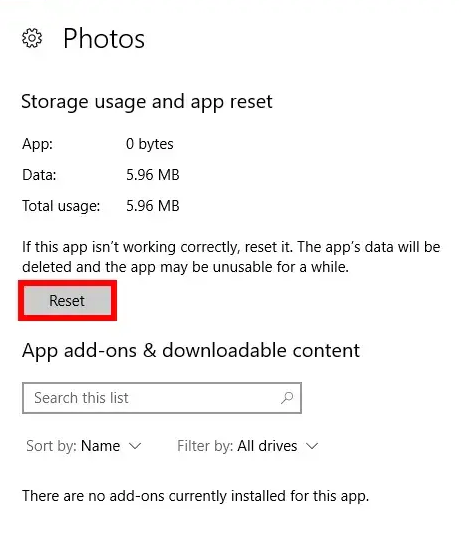 Windows gives you a built-in feature to solve the problems related to the Apps you got from Microsoft Store. That is App Troubleshooter. Let’s see the way to run it. 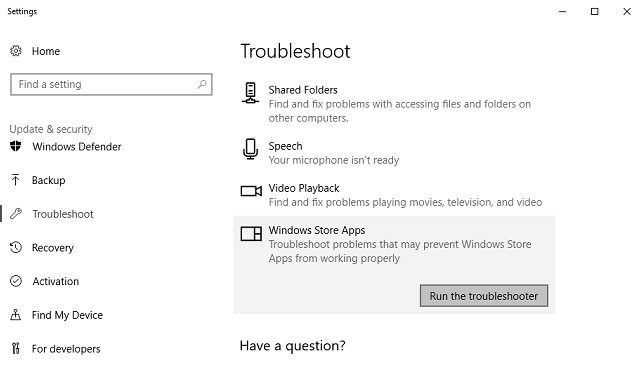 The more drastic option is to delete the Photos app manually and then reinstall it. Unfortunately, you can’t do this via the “Apps and Features” list like you could a normal application. Rather, you have to use an elevated PowerShell command. 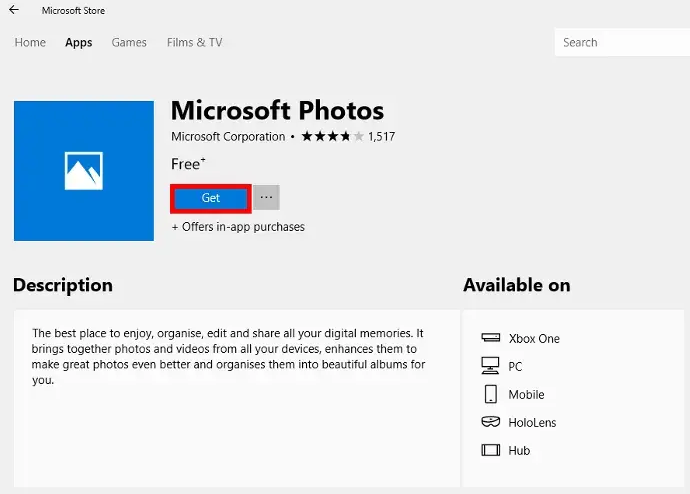 Tap the Start menu, type powershell, then right-click PowerShell and then “Run as administrator.” In the Powershell window then type the following:

After you’ve click Enter, the Photos app should go from your computer. In order to reinstall it, go to the Microsoft Store app, search for “Photos,” then choose and install the Photos app (along with “Microsoft Corporation” listed as its developer).

If you more or less know when the problems started with your Photos app, then you can perform a System Restore to a happier time, before the issues even began. 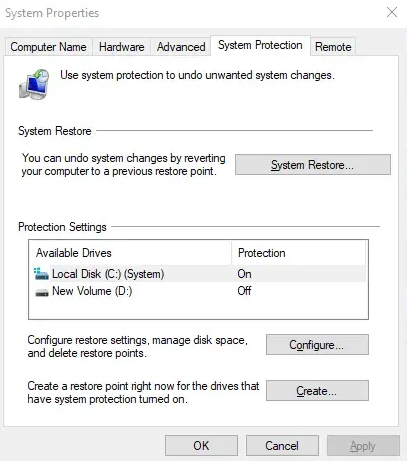 Head to the Start menu, type restore and then tap “Create a restore point.” In the new window tap “System Restore” and then follow the prompts until you can choose a restore point. Choose the one that you want (ideally before your Photos app problems started), and then go ahead along with the process.

For a lot of people, the old Windows Photo Viewer worked just fine. When it wasn’t as flashy as “Photos”, it did the job and was a functional and convenient way of browsing your pictures in a given folder.

Microsoft has steadily phased Photo Viewer out, But, and if you have a PC with Windows 10 pre-installed. Then you’ll need to get a bit techy to set Photo Viewer as the default. Windows 10 is not all bad though, and you can also make it more fun through checking out our list of 10 awesome screensavers that you can get for it.

Alright, That was all Folks! I hope you guys like this photos app missing article and also find it helpful to you. Give us your feedback on it. Also if you guys have further queries and issues related to this article. Then let us know in the comments section below. We will get back to you shortly.

Also See: How to Send SMS from Computer – Best ways