We are looking for a technique to Install Snapchat on PC. So in this article, you’ll learn how to use Snapchat on PC using the NOX app player.

For those who are not aware of Snapchat, here is a brief intro for them. Snapchat is a very popular messaging app launched by Evan Spiegel, Bobby Murphy, and Robert Brown. The app has over 170 million users from all around the world with 200 million pictures shared on regular basis using it. It enables users to share images and videos with their known ones. The main cause behind Snapchat’s huge growth lies in the concept that multimedia texts can’t accessible after a time limit. Snapchat is very popular on iOS or Android. but still, now, there is no official announcement after the launch of Snapchat on Windows and Mac OS. We install Snapchat on PC using NOX Android Emulator.

What is Android Emulator?

Android is no doubt a powerful OS. It offers a complete package for Android along with the possibilities of in-depth access to your mobile device. You can also install third-party Apps, modify UI, tweak the look and feel of the phone by means of good customization offered by the Android OS. These customizations are generally needed in its counterpart iOS. However, the open-source nature of the Android OS made it the most popular mobile software. And this leads to the development of many Android-based emulators for PC.

An emulator is a software that allows one PC to behave like another PC system. For running Android Apps on PC, the emulator act as an Android system that can be installed on Windows. Also, the Apps from Store are installed on the emulator. So, without much ado let start the list of top best simulators for Windows and Mac.

There are lots of Android Emulators available in the market such as KO Player, Andy, BlueStack, Droid4x, Windroy, NOX, etc.

But here we are using NOX App Player:

Commands to Use Snapchat on PC using NOX App Player: 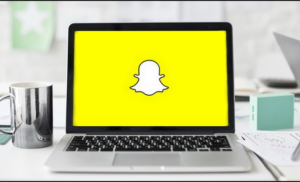 Head over to NOX and download it for your respective OS by following the link given below:

Once it is installed or downloaded, you can then find it on the NOX Home Screen.

Tap on Snapchat to use it. 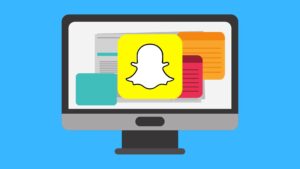 The most common issue that some of the Snapchat users on Windows encountered while using Snapchat through NOX App Player is that the Snapchat can’t function. If you are one among them, don’t fret because here is the fix:

Tap on the “Camera” app from the NOX Homescreen. A text to begin “YouCam” might appear on your screen.

Find for “YouCam” then open the application.

Without closing it, head over to NOX once again.

Head over to “Settings”, tap on “Apps” and then choose “Snapchat.”

In the Snapchat section, tap on clear data and cache. Then uninstall the app.

Then again install it and log in. Now, the Snapchat camera should be working without any issue.

Here’s all about the “Snapchat On PC Using NOX App Player”. With the Android Emulators mentioned above, you can run and play Android Apps and Games on your windows,  Mac PC for Free. However, the responsiveness of the simulators depends on the software and hardware specifications of your PC. You can also enjoy the games on your PC using the keyboard mapping and external gamepad support. Also, if you are the developer then its a treat to test the App at different mobile conditions.