Are you looking for the best alternatives for Pulse Build and Pulse Wizard? News rolls out that many Kodi repositories were recently hit by DMCA takedowns. For some Kodi repositories, it’s normal to go up and down, but this was a big blow as lots of different repositories went down at the same time. If you’re a Kodi user, don’t worry – your Kodi system will still work fine and any previous add-ons that you installed will continue to function as usual. However, it becomes difficult to find your favorite add-ons or repositories in the future due to this crackdown.

Use VPN To Stream Kodi: 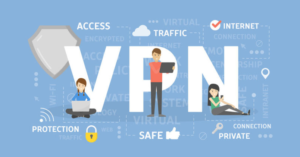 If you want to find the best VPN for Kodi, you should meet the important criteria, each one essential to your online streaming experience.

On 15th November, many developers of prominent repository posts on Twitter and to other platforms saying that they were taking their repositories offline, or there were retiring, or in other ways restricting what type of content they would make available. Some of the famous repositories that were taken down include Smash, Ares Wizard, and Colossus.

The first repository goes down was the Colossus Repo. The repo is best known for hosting many amazing or popular add-ons such as Covenant, URLResolver, and Bennu. One of the developers of the repository message on Twitter that they stop developing add-ons for Kodi and called for the community to support developers against legal battles. After this, the Colossus Repo became unavailable to access at its previous URL.

Then the Twitter account of the popular Kodi assistant program Ares Wizard was removed, and the URLs for the pages stop working either. Also, the Smash Repository was found to have gone too. The repository owner said that they will be moving on from Kodi add-ons. Not just this, but also the Mucky Duck repository and add-on were closing down by their developer.

We all know that legal action has been threatened or already begin against lots of these Kodi developers. The accurate details of the legal problems are no longer available publicly.

Leaving aside the problem that none of these repos actually host illegal content themselves, as they provide links to other websites where the content is hosted. Also, you check why lots of repository developers decided to close shop besides to face a fight with a team of the entertainment industry’s famously determined lawyers.

Which Repositories Were Shutting Down?

Here is the list of repositories which were taken down in this period and are no longer available:

Which Add-ons Were Shutting Down?

And here are some of the repos add-ons which were difficult or impossible to find now:

You must remember the first thing that if you are a regular Kodi user then you don’t need to worry. You are out of danger and your system can continue working for the bright future. The loss of URLResolver will be an issue for users of add-ons such as Bennu or Covenant in the long term. Also, it means that the links available but they can’t be updated. With the passage of time, these add-ons links will become less active and stop working as well.

The issue comes when you install the latest add-on or a new build. You can also be able to load up one of the repos given above to install your add-ons or builds. Now they stop working and you can’t be able to install anything from them. If you want to install many add-ons in the future, you can then find alternative sources.

A build is just a pre-configured Kodi version. It is the same software that you would install from the Kodi site, but it already has lots of add-ons also a build has its own theme too. However, the build makes it fast and easy to use a new Kodi system – rather than manually download a whole lot of different themes or add-ons to get your system how you want it. Also, you can simply install just one build and have all that work done for you.

Pulse CCM Build was very popular, but thanks to its huge range of add-ons and quick updates. It had a simple and clean user interface and was ready to move with lots of ways to watch TV shows, movies, sports, and live television. Also, the Pulse build is currently not available using the Pulse Wizard. So, we can suggest an alternative source known as Fire TV Guru which enables you to install Pulse Build, or an alternative build known as Fire TV Build.

Head over to the Kodi home screen

Move to the settings icon

Move to the File manager

Then tap on Add source

Enter in this URL (including the “http://”): http://firetvguru.net/fire/

Specify it a name, like Fire, and hit OK

Move back to your home screen

Then head over to Add-ons

Then tap Install from zip file

Move to Fire and then tap on firetvguru.zip

Now move to Install from repository

Head over to Program add-ons

Then tap Install from the menu at the bottom

When the add-on is installed, you’ll then view news notice and information. Simply tap on Dismiss

You can now view different options for keeping your settings. Then tap Continue

It redirects you to a welcome screen where you can select to choose a new build. Move to Build Menu

Now you’ll then view the options for builds you can install. Recently, there are total of three builds that are available for Krypton (Kodi v17) and they are:

Then select either Fresh Start then Install, that is good if you have an outdated build that you want to wipe off before downloading the new build. Or else select Standard Install, that will install the build on top of your existing system.

Which Build Is Best For Me?

From these three builds, you might know which is best for you to use. If you want your Pulse CCM Build back, just like it was before, you can then use this technique to install/download the build without the Pulse Wizard. Well, the build continues to work well but it can’t be updated in the future. If you’re familiar with Kodi and you know the steps to update add-ons or to install new ones when you want, then this probably not be the issue for you. Just do a little bit of work to keep updating the build.

If you are a newbie or less familiar with it, however, or you don’t know to work around damage add-ons and bits of your PC suddenly stops working, then install a new build. The Build Fire TV makes an amazing replacement. The build is very to navigate, with the best heading for System, Movies, TB Shows, and much more. The installed add-ons include the popular viewing add-ons such as Specto, Exodus, Zen, and Salts.

The Fire TV Build Lite is the best choice for those who are executing Kodi on a lightweight device like Firestick or another small mobile device. If your device has less processing power or RAM, then the Lite build is a less system resource-intensive option that provides you the same experience, with just a few tweaks to make it execute better on less powerful systems.

It’s a shame that lots of great repositories shutting down in this crackdown. Also, there were many essential add-ons saved in those repositories. 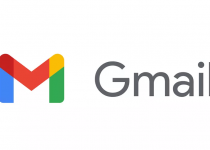