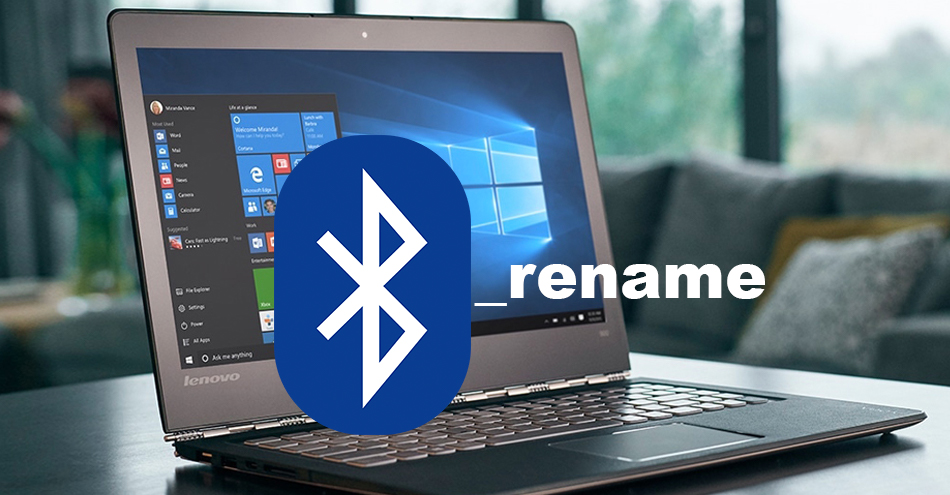 Before you do anything of the sort, however, you need to turn the Bluetooth on. You might already know how to do that. If not then don’t worry, let me show you how.

Now that you have successfully turned Bluetooth on, you can move on to rename the Bluetooth device.

Recommended: “Can’t take Screenshot” on Android: Learn how to fix it

Rename a Bluetooth Device on Windows 10

Now in order to rename it, you need to turn the device off and then on again. Just disconnect it from the PC and then re-connecting would not suffice. The new name will appear when you turn the device on again after turning it off once. And the name will be saved in the reboot.

So when you turn off the device and then turn it on again, go to the Control Panel. Go to Hardware and Sound, and then to Devices and Printers option. There you can see that the device’s new name has appeared. This means you have successfully renamed the Bluetooth device on Windows 10.

A Few Things to Remember

So now you have successfully renamed your Bluetooth device. There are, however, a few things regarding the matter at hand that you need to remember and that might come in handy.

I hope this article answered all your queries on how to rename a Bluetooth device on Windows 10. If you have any queries left, don’t hesitate from asking them away in the comments section. So have a good time renaming your Bluetooth devices as you like. Best of luck!!!

Read More: How to fix Twitch not working on Chrome