Grinding Gear Games has announced a plan to bring the popular free-to-play action role-playing game Path of Exile to Mac and Android. What’s more, the company is making a Mac version of the game.

Path of Exile is a free-to-play fantasy-based action role-playing game originally developed for Windows. But later ported to Xbox One and PlayStation 4. And now the Path of Exile is coming to iOS and Mac too. It features single and multiplayer modes and a style of gameplay reminiscent of Blizzard’s legendary Diablo series. Players can assume one of six different character classes as they explore instanced dungeons, acquiring loot and leveling up skills.

The title is a free to play action role-playing game. That is already hugely popular on PC, XBOX One, and also on PS4.

The multiple announcements came during the recent ExileCon 2019 event in Auckland, New Zealand, home of the developer. Grinding Gear Games also announced the Path of Exile 2 on Mac.

The company immediately sought to quell the concerns of mobile gamers. Who are exhausted by the schemes developers use to get money out of players of free-to-play games.

The Path of Exile on Mac

“There’s really a lot of evil garbage going on in mobile games today,” said Jonathan Rogers. Co-founder and technical director of Grinding Gear Games. They are referring to microtransactions, time games, energy bars, random nag screens, notifications, and also video ads. The company promised to deliver a Path of Exile experience consistent on Mac with what fans of the game already expect.

Although, he was speaking about micro-transactions. And the like, something that has caused quite the discussion in gaming circles in recent months. Mobile gamers have had to deal with timers, ads, and more. But Rogers suggests none of that will be in play here.

The YouTube video also shows the game running on an iPhone 11 Pro Max. However, grinding Gear has not identified system requirements for the game.

During the event, the company also announced plans to bring the first Path of Exile game to the Mac in 2020. Which they confirmed on Twitter.

I hope you guys like this article and are as excited as me. Also if you guys have any further queries about this Path of Exile article. Then feel free to ask me in the comments section below. Have a Great Day!

Also See: How to Hide Apps on Android to Maintain Security 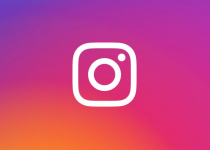