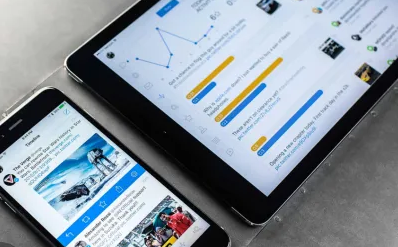 Twitter’s become a bit less hospitable to third-party clients in recent years. But it’s still possible to find some great third-party desktop clients. That helps you to browse your favorite social network with ease. Though all third-party apps have to deal with limitations on adding many features and only allowing a specific number of tokens per application for each user, third-party clients are far from dead. However, most users will probably rely on the basic website for their desktop or laptop browsing habits. Both Windows and macOS have two great applications that are worth checking out, loaded with features, brand new settings, and fantastic designs. Let’s talk about Twitter Desktop Client for Windows and Mac

Well, on macOS, it is impossible to find a better desktop client than Tweetbot. Although the price of entry is kind of steep at $9.99. We have found the app to be more than worth the money for its design, functionality, and multiple account support. Tweetbot is an entirely inconspicuous app on macOS. It can be as active or inactive as you’d such as, with settings for half-screen mode, full-screen mode, or background mode. The Tweetbot icon shows up in your Mac’s menu bar at the top of your screen. That means the app can stay in the foreground or background exactly as often as you need. Let us take a look at this award-winning app for macOS.

Design-wise, Tweetbot is one of a kind, combining the design language of Twitter—whites (or blacks, in dark mode), blues, gray, round icons, a fluid reverse-chronological timeline. Along with what we have seen on macOS in recent years. The app supports Retina displays, meaning all your text, photos, and icons look sharp on even the newest MacBook Pros. All of your settings, tabs, and options are moved to the far-left in a vertical line. That make it easy to check your mentions, messages, trending topics, likes, and more. As you expand and explore throughout the app, your content will open in separate windows to the right of your main timeline, making it easy to view your mentions or replies without navigating away from your timeline or your content. Your saved searches, lists, DM’s. All of it is moved into their own window, making it easy to control how your experience feels.

In terms of features, Tweetbot is fully packed to the gills with options. One of our favorite features is support for multiple accounts, a must-have if you do any kind of social media management for companies, brands, or accounts that are outside of your own personal account. It is easy to switch back and forth between these two accounts just by tapping on your personal avatar in the top-left corner of your display. That make it easy to switch, read, and post from other accounts. It is one of the main reasons to grab Tweetbot—the account management is so solid. That it is impossible not to fall in love with the app as you use it.

One of the best options added into Tweetbot is mute support. That allows you to set up and allow muting on specific key phrases, words, and users that you do not want to see. You can mute for a temporary time or forever, and it is easy to keep that stuff out of your field of view. Hate the divide caused by our current political landscape? Set up a filter with your least favorite political hashtags and users! Cannot stand entertainment drama? Block any Kardashian you can learn the name of long enough to enter into a textbox within Tweetbot. Not at home to watch the Oscars and don’t want to see your feed hijacked by commentary and film-based quips? Not a problem—Tweetbot can block all of this stuff long enough to keep you in the dark and keep your timeline clean and clear.

Overall, Tweetbot is our favorite Mac desktop client for Twitter by a longshot. No other apps we tested on the Mac App Store can come close to touching the experience, featureset, and customization offered by Tweetbot. And that is why we love it. Tweetbot might be a bit expensive for a Twitter client. But between its muting functionality, cross-device compatibility and syncing between iOS and MacOS, and support for third-party services. Such as Bit.ly, Droplr, Pocket, and Instapaper, Tweetbot is incredibly easy to use. And makes browsing Twitter a lot more capable and fun than what we’ve seen from the basic Twitter website. If you’re on MacOS and you are a Twitter fanatic, you owe it to yourself to grab this one right away—even at $9.99, you won’t regret it.

Runner Up for Windows

In our eyes, the best Twitter app you can grab for Windows 8.1 or 10 this year is still Tweetium, a third-party application available on the Windows Store for just $2.99. Like Tweetbot, there are some standard limitations to using a third-party Twitter app on Windows instead of the website or official client, but overall, we’re really big fans of what Tweetium brings to the table in terms of both design and features, and we think you will be too.

Let’s start off with some notes on design. Like Tweetbot, Tweetium is designed entirely around the general design ideas of Windows 10. There’s a lot of white space here, with big, bold blue headers and faint lines separating content from itself. The app features a windowed look that opens new content, threads, DMs, and mentions in their own areas inside the client, making it easy to manage your own Twitter notes without the functionality built into Twitter proper. Tweetium’s design also takes after the tile-based designs we’ve seen feature in the last two versions of Windows, making the entire app feel cohesive and compatible with the operating system you’re using. Animations are fluid, loading times are short, and multi-thread support is excellent.

Tweetium also has some great customization options, something we have not quite seem from the likes of apps like Tweetbot. You can change your color options, customize the appearance of the app, and generally make it feel like your own. Solid color options, halo-esque designs and opaque layers, and dark modes all exist to make your experience in Tweetium a little bit better. And we mentioned the animations, but to reiterate—they’re fantastic. Every tweet loads in automatically without refreshing, displaying a smooth and subtle transition that looks great and makes the app feel futuristic.

When it comes to features, you are getting a fully-featured package with Tweetium. We mentioned the app does not require users to refresh their feeds, with auto-loading tweets appearing in your timeline as they flow in. Live tiles are supported here, making it easy to check your Twitter account without having the app open consistently. You can view unread DMs and mentions right from inside the menu. Without the need to keep the app open in the background while you’re trying to work. A full-size image viewer is here, absolutely trumping the pitiful standard image viewer offered within Twitter’s web client, and we’re big fans of the included video player as well.

Unfortunately, some of our favorite features for Twitter apps are locked behind a “Tweetium Pro,”. That costs an additional $7.99 per year on top of the one-time purchase of the standard Tweetium application. What does the Pro upgrade get you in return for your $8 a year? A ton of additional features, including some that we’ve come to expect from standard applications. Tweetium Pro unlocks push notifications on your computers, including support for likes, follows, and tweet notifications. You can plug in multiple accounts into Tweetium Pro—up to seven, six more than the plain application’s account base. You can sync between devices using Tweetium’s pro-only TweetMarker, and there’s even an integrated new reader that makes browsing and reading articles and updates within Tweetium a much better experience than it would be otherwise.

A lot of these features are included by default in apps like Tweetbot, and though we dislike the $7.99 upcharge. The tiered price strategy means more people can use Tweetium at a lower cost if they do not require those extra features. And that $7.99 charge is not recurring, a great choice from a solid software company.

Even if it is not perfect, Tweetium remains a great app, and the best option on Windows 10. The app is slick, easy to use, and available at a solid price for only $2.99 for most users.

Alright, That was all Folks! I hope you guys like this Twitter Desktop Client article and find it helpful to you. Give us your feedback on it. Also if you guys have further queries related to this article. Then let us know in the comments section below. We will get back to you shortly.

Also See: How to Highlight Duplicates in Google Sheets