You are here: Home / Windows / What is Rempl in Windows and Can you Delete it?

If you open the Program Files folder on your C drive, then you may notice that there is a folder called rempl. When you open it, then you will find there are some executables inside this folder like disktoast.exe, rempl.exe, remsh.exe, WaaSMedic.exe, Sedlauncher.exe, Sedsvc.exe, and also osrrsb, etc. In this article, we are going to talk about What is Rempl in Windows and Can you Delete it? Let’s begin!

You need to know why are there so many executable files? Are they a virus or not? Is rempl folder safe or not? You must have so many questions to ask about this rempl folder. Well, if you want to learn more detailed information about this folder, please keep on reading this article.

What is Rempl Folder actually? 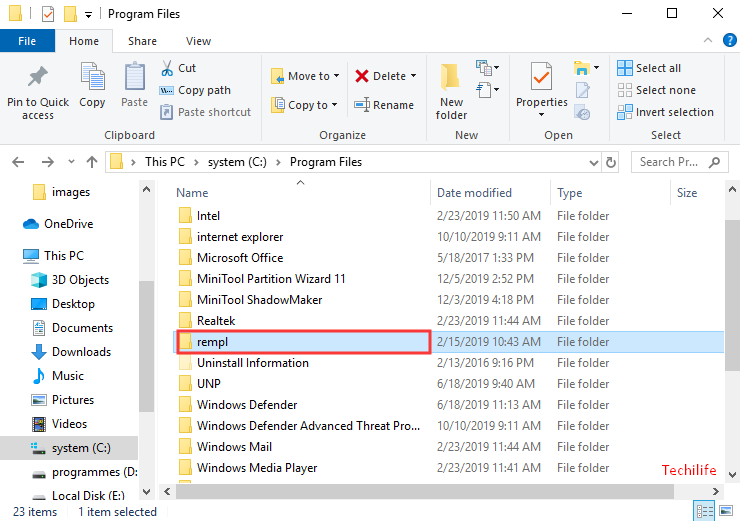 Rempl folder is basically located in C:\Program Files\rempl. The folder contains many executables that are able to improve Windows Update Service components in your machine and also make sure your Windows Update runs smoothly.

The Remsh.exe executable typically is a special Windows Update that also includes reliability improvements to Windows Update Service components in older versions of Windows 10 as well.

It exists on only some Windows 10 systems. The folder includes an automated troubleshooting tool that’s deployed only on those PCs which report issues updating to the most recent and latest version of Windows 10. When this occurs, then this special package is automatically downloaded through Windows 10, and it also tries to determine the reasons for the failure and then attempts to remediate them.

It is not a malware or virus, but actually a part of a reliability update pushed out by Microsoft. Also, it can be viewed as an automated troubleshooting tool, deployed to determine and also report the reason(s) for the failure (downloading updates) and then attempt to remediate them as well.

After reading the above, you should now know that the rempl is not malware or a virus. It is actually a part of a reliability update from Microsoft and it is also an automated troubleshooting tool that is deployed to determine and also report the Windows update issues as well.

It is not a virus actually. If you do not believe and suspect that your computer is infected with a virus, then you can perform a virus scan.

You can delete the rempl folder if you like it because deleting the folder won’t cause any harm to your Windows OS. If you want to remove the rempl folder, then you can follow the detailed instructions below to delete it. 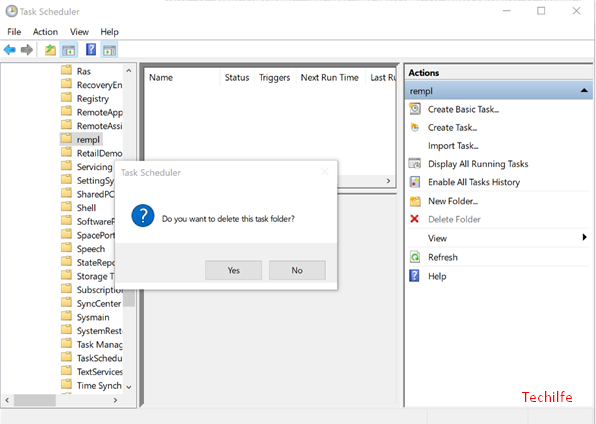 You will have to disable this Task from the Task Scheduler and remove or rename the folder as well.

Alright, That was all Folks! I hope you guys like this article and also find it helpful to you. Give us your feedback on it. Also if you guys have further queries related to this article. Then let us know in the comments section below. We will get back to you shortly.