Do you want to play FF14 online on Linux PC? Final Fantasy 14 Online is one of the best multiplayer online role-playing games designed by Square Enix. The game was launched in 2013 for PS4, Windows, PS3, and macOS. However, it centers around the character of players as they adventure the fictional land of Eozea, team up with friends, complete game quests, and fight baddies from the Final Fantasy Universe. In this article, we’ll discuss how to play FF14 online on the Linux platform.

Please remember that Final Fantasy 14 Online needs a monthly subscription to play the game. Also, you want to buy the game itself through Steam for it to work efficiently in Linux. If you want to get your hands on the Steam release of FF14, tap here.

The efficient way to get Final Fantasy 14 Online up and running on Linux is done with Valve’s Steam Play. As it is a program that works with Wine, and many other apps and tools to make Windows video games work on Linux. Follow the below steps to get FF14 working with Steam Play. Dive down below to play FF14 online on Linux! 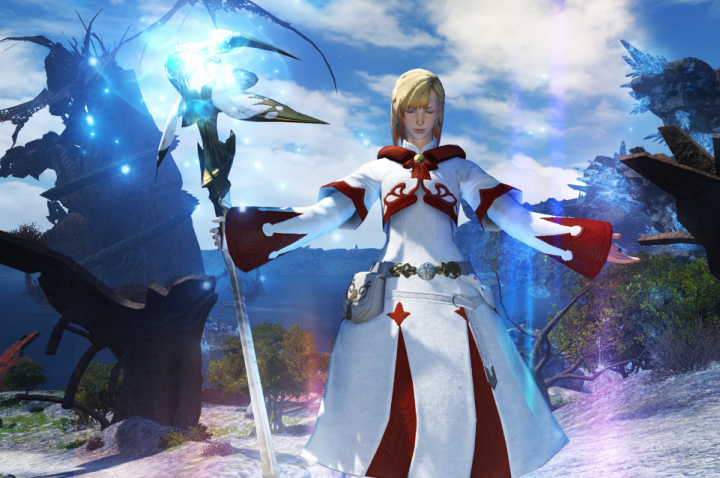 As it does not carry the Steam application in its official software repos. If you would like to use Steam in Fedora, then simply install the Steam client using the Flatpak steps below. Dive down below to play FF14 online on Linux!

Also See: How Can I Play Nintendo Gameboy Games On Linux

Are you trying to use OpenSUSE Linux? Simply install or download the Steam app via the Flatpak app store, as it is generally the simplest method to get the app working.

If you want to install or download the Steam client on Linux as a Flatpak. Just make sure that you have successfully set up the Flatpak runtime on your PC. Then, when the Flatpak runtime is up and running, input the below commands to get Steam working.

With the help of the Linux Steam client installed on your Linux system, simply launch it. Then, head over to your Steam account using the login dialog that appears on your screen.

After you successfully log in to Steam, you must turn on the Steam Play feature in the client. Unless Steam Play is turned on, FF14 will not work perfectly in Linux.

To turn on Steam Play, head over to  “Settings,” then look for “Steam Play,” and turn on the setting. Make sure to check the box saying “Enable Steam Play for all titles” as well!

Having problems while setting up Steam Play on your Linux PC? Let us know below!

As Steam Play is turned on, now it’s time to install or download Final Fantasy 14 on your Linux system. If you want to do this, simply add the “Library” button and then tap on it with the mouse.

When you enter the “Library” section, look for the search box, input “FINAL FANTASY XIV Online,” and hit the Enter key.

Tap on “FINAL FANTASY XIV Online” in the search results to simply access FF14’s Library page. Then, specify the blue “INSTALL” button to begin installing or downloading the game on your Linux PC.

With Final Fantasy 14 installed on your Linux PC through Steam. Simply tap on the green “PLAY” button to start up the game launcher.

When you open the game launcher. You can then log into your account and allow the launcher to update. However, the launcher must be up to date, or it’ll not work on Linux.

When you successfully update it. You can then exit the launcher and then quit it. Then, head over to a terminal window after hitting Ctrl + Alt + T or Ctrl + Shift + T on the keyboard and then open the launcher’s config file using the below commands.

You can now view through the configuration file and modify Browser from 2 to 1, Then, modify CutsceneMovieOpening from 0 to 1. When the edits are done, hit Ctrl + O to save, and Ctrl + X to quit the editor.

Move back to Steam and then tap on the green “PLAY” button to second time start up the launcher. Just sign in, and then allow the game to install or download.

Please remember that the base game for Final Fantasy 14 Online is broad. The whole download or installation process will take too much time, so be patient.

When the launcher is done installing the game, tap the button to start it up. Enjoy!

As Steam Play’s compatibility tools are very advanced, there should be no problem while executing Final Fantasy 14 Online. However, if you face any issues with the game, check out ProtonDB. You’ll be able to find various methods to play FF14 online to make it work properly on Linux.

I hope you can now understand how to play FF14 online on Linux. If you want to share anything regarding this guide then let us know below!