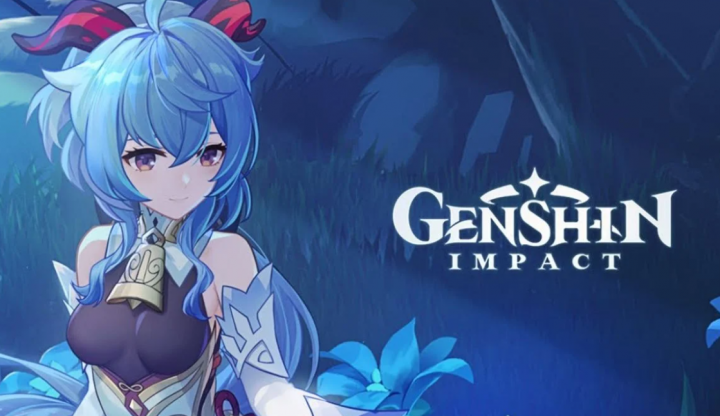 Genshin Impact’s actually made a big splash in the weeks since its release, living up to the incredible hype it built up pre-release. Just like a game that actually plays something such as a F2P Breath of the Wild meets Spellbreak. That becomes a nine-figure IP with ease. Not only does this success give hope to the free-to-play solo RPG space and also pave the way for further innovation. The popularity that comes with it actually means more eyes on the game, more brains tweaking each and every performance metric to the max to find god-like endgame power. In this article, we are going to talk about Know all about Elemental Mastery in Genshin Impact. Let’s begin!

As footage of six-figure damage counters also has started popping up around the internet. Many a Genshin Impact gamer also finds one word ricocheting across the forefront of their mind: HOW!

Part of the answer to that question is Elemental Mastery (albeit along with one important caveat).

Know all about Elemental Mastery in Genshin Impact

Elemental Mastery is basically an attribute in Genshin Impact that can play a major role in upping your party’s damage. Alongside Attack, Elemental Mastery is also a key stat used to calculate bonuses to the power of Elemental Reactions. That your characters create and is especially important for catalyst wielders as well.

This is because it increases the overall damage dealt via Elemental Reactions through a flat multiplier, as well as the strength of Geo-shields. Such as, having 175 Elemental Mastery increases the damage dealt via Vaporize and Melt via 30.9% — and Overloaded, Supercharged, Shattered, and Swirl through 74%! That means some serious damage in a battlefield flush along with elemental effects.

It sounds simple enough, however, getting Elemental Mastery to really work for you takes some planning actually. Down below we’ll talk about how you can raise your Elemental Mastery and many other attributes that have to go along with it.

How you can Raise Elemental Mastery

Unfortunately, for most of the characters, you have to do more than simply raise the character level to increase your elemental mastery. Unlike any other attributes such as HP and Attack. Elemental Mastery doesn’t grow automatically along with your character level and relies heavily on your Weapons and Artifacts — as well as set bonuses.

As you guys are setting out on your journey across Teyvat, you have to keep a lookout for quality artifacts. That have good stats, especially damage-oriented stats such as Attack, Crit Rate, or, in this case, Elemental Mastery. Whenever leveling up an Artifact, each and every four levels you guys are going to get either a new stat or a bonus to an existing stat.

You get most of the experience back and eventually, you guys can have a killer blue or purple. That outperforms a five-star with great bonuses, however, for stats, you guys don’t need as much. 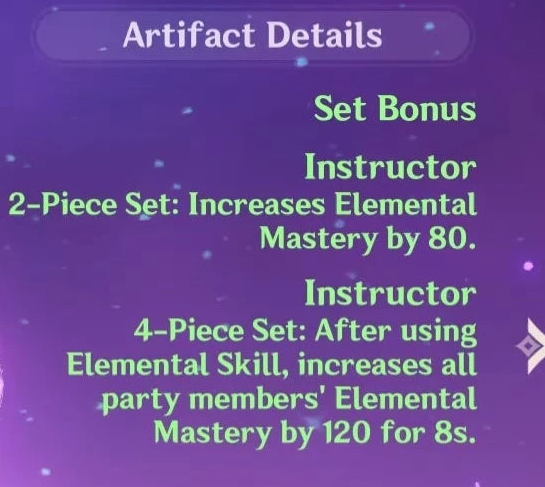 Sucrose, apart from being a type of sugar, is actually an excellent character to boost Elemental Mastery. This is due to Sucrose’s passive talent, Catalyst Conversion, which boosts each and every member of the party’s Elemental Mastery. Through 8 seconds every time Sucrose triggers a Swirl effect.

On top of that, party members get another Elemental Mastery buff of 20% of Sucrose’s own Elemental Mastery as well. Whenever her second or third skill successfully hits an enemy actually. There are a lot of other effects that integrate with one another, however, Sucrose is the simplest to implement.

But Just How Important is Elemental Mastery, Really?

Well, ever since that video of Diluc hitting the utterly godlike 115K combo started doing the rounds. Everybody’s going really nuts over Elemental Mastery like it’s the elixir of life itself. And higher Elemental Mastery certainly helps as well. However, it’s certainly not the be-all-and-end-all of damage in Genshin Impact. Not at all actually.

Let’s now take a look at Attack real quick. Attack figures into the multipliers of pretty much each and everything. That means your basic attacks, talents, elemental reactions — all of it — get upped through boosting your Attack. When maxing Elemental Mastery is what actually can turn well-coordinated combos into nuclear strikes. You guys don’t get any of that juicy damage if you have a pellet gun for the offense.

That’s because Elemental Mastery increases the multiplier as well. So if you are hitting for 50, however, have a ton of Elemental Mastery upping that damage via 100%. You are going to be hitting for 100; a character along with more attacks than naturally hits for 150 and gets their attack boosted via 30% is going to hit for 200. And so on and so forth as well.

If a machine is invented that will double your money, then you better bring as much money as possible. Because how much you get, relies on how much you give. If Elemental Mastery is the return on your investment, Attack is actually the currency.

Hence, Elemental Mastery is best on characters who can be putting out elemental effects consistently. Such as Xingliang or Fischl, and keep on proccing those Elemental Reactions instead of more physical attack oriented characters tapping into it along with a one-off nuke whenever they cast their ultimate.

Just make sure whoever they actually are, that they have some attack too. So that bonus actually means something as well.

How can you See Elemental Mastery?

When figuring out how to spec your character, then keeping a close eye on your Elemental Mastery bonus is actually the key. Each and every character has their current Elemental Mastery total listed alongside their main stats on the right side of their Attributes window. Calculated via their Weapon, Artifacts, and any Artifact Set Bonuses active at the time actually.
You guys can dive a little deeper into the numbers through clicking on the Artifacts tab. There, you’ll see the exact amount of Elemental Mastery your equipment is supplying before Weapon and Artifact Set Bonuses are applied as well.
If you guys want to see how your current total Elemental Mastery is affecting your abilities. Just tap on the Details button on your chosen character’s Attributes screen. You guys should see the stat total and a breakdown of exactly how much it’s modifying each and every reaction’s damage or shield numbers.

Alright, That was all Folks! I hope you guys like this “elemental mastery in Genshin Impact” article and also find it helpful to you. Give us your feedback on it. Also if you guys have further queries and issues related to this article. Then let us know in the comments section below. We will get back to you shortly.