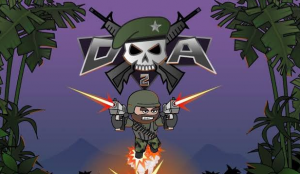 Doodle Army 2: Mini Militia is a multiplayer shooting game that you can play with 6 other players over WiFi. It provides you the best range of weapons such as sniper, flamethrower, shotgun, etc. to take down your enemies. You can also train under a sarge to sharpen your skills before the actual game starts. The game survival mode can be played offline.

Play Mini Militia with your spouse as well as friends. Make your own team and enter combat with a host of weapons to fight with. It is a 2D Android multiplayer game specially designed for couples is a local multiplayer game. It doesn’t provide any online mod. It’s an exciting fun and strategy-based game for those nights when you all are with your friends, just enjoying it.

Price: The game supports ads and comes with in-app purchases to unlock skins, weapons, and much more.

Badminton League is another interesting game where you can play 1-on-1 with your cousins or friends through local WiFi, bet, and win the coins. The physics engine of the game is too good at emulating the shuttlecock, rocket, and respective sounds. Also, you create and customize your own character and perform amazing stunts.

Price: The game is free of cost but you can buy some extra items such as character customizations, rockets, etc through in-app purchases.

Crazy Racing is another amazing game where you will chase your loved ones while performing stunts and shooting them through weapons to take them down. The game has different cars, each with its own weapons or characteristics. You can also play offline in local WiFi multiplayer mode in six different areas such as extraterrestrial route, industrial zone, countryside, and much more.

Price: The game is free of cost also it contains ads and offers in-app purchases.

If you are a basketball lover then NBA JAM is the best choice for you. You can also play with original players as avatars and perform all of their coolest stunts or moves. Also, it offers 4 different modes. While playing local WiFi, you can also play 1-on-1 with your loved ones. Other modes want a Wifi connection. 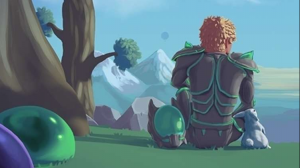 Terraria is an amazing pixelated game where you build castles, dig holes, and stage fights. The game quite identical to Minecraft but with better storytelling and combat. There are different worlds, enemy types, islands, weapons, dynamic day/night cycles, pets, and more to select from. If you want to, you can then create your own worlds and expand them as required. However, your 7 friends can play offline local multiplayer mode.

Price: The game is paid that you can buy from the Play Store for $4.99.

Crossy Road is another famous local WiFi multiplayer game for Android where trying to help a chicken and lots of other pop-art inspired characters to cross train tracks, busy roads,  and rivers. If you love games that need intense concentration then Crossy Road is the best option for you. Just invite friends to cross a busy road with you.

Price: The game is free and ad-supported and in-app purchases. 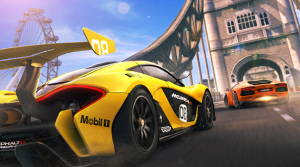 When we talk about racing games, Asphalt 8 Airborne is the best local multiplayer WiFi games for Android. The cars are amazing looks and copy the performance of their real-life counterpart. With over 40 various tracks, 16 different settings, over half-a-dozen seasons, and 400+ events, Asphalt will keep you busy for weeks. You can also invite your more than 7 friends to play offline.

Price: The game is totally free, contains lots of ads and lots of in-app purchases for cars, coins, skins, and much more.

Pixel Gun 3D is another best local Wifi game that offers pixel style worlds built using blocks. It has game modes or unique weapons to get yourself lost in time. The good thing about the game is that you can fight against your friends offline over local WiFi or with other online players in a clan deathmatch, and prove your skills while using the best weaponry like the M16 rifle, magic bow, etc.

Price: The game is free, ad-supported, and offers in-app purchases. 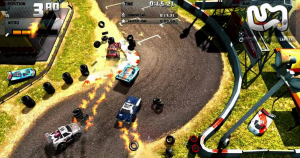 Mini Motor Racing game provides a top-down camera perspective with lots of amazing but small cars and 50+ tracks to race on. What’s best about Mini Motor Racing is that there are various types of cars such as hatch, school bus, big-rig, hot rod, etc. Over WiFi, you can also play with up to 4 players offline.

Price: Free but comes with ads and in-app purchases to unlock skins, cars, and tracks.

If your mood is not for another intense game and searching for something straightforward or simple then Tanks Battle is the best option for you. Just join the local network with your loved ones and battle one on one. Those who win 3 rounds claims winner.

Price: The game is totally free and supports ads. 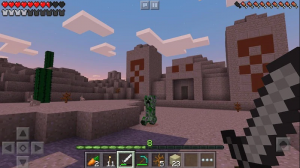 If we talk about Minecraft inspired games, do you know that you can play Minecraft with your loved ones over WiFi? If you are a Minecraft lover then you should definitely try the local multiplayer mode to get some out of the game. However, 10 players can easily join from various platforms on your private server.

Price: Paid game. You can buy the game directly from the Google Play Store.

Spaceteam is another multiplayer game where you can push buttons, shake your phone devices, and shout at every player in the room, and still enjoy it.

Also, there is a control panel with dials, buttons, and whatnot. Steps are given to your teammates rather than you which is why you want to coordinate. If you follow the steps correctly, then your opponent’s or enemy ship will explode. Cool, huh. 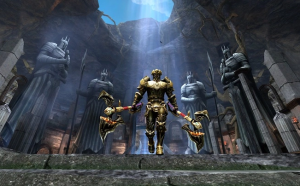 If you love fantasy games with amazing graphics, intense battles, and historic fights then Wild Blood is quite good WiFi multiplayer game that you should try. When playing over local WiFi with your loved ones on Android, you can then invite with 8 players in Capture the Flag mode or 4 vs 4 deathmatches.

SFG 2 is another traditional third-person shooting game with many explosives, weapons, and maps. The game provides 9 different modes such as resurrection, classic, and capture the flag with 8 players on each team and more than 30 maps.

BombSquad is an amazing and offline local multiplayer WiFi game for smartphones where the player should throw bombs at the other. In short, the players are trying to defeat them in arena-style combat. There are many mini-games in the main game that you must play with friends.

Skullduggery is another part of multiplayer games via wifi hotspot that is quite similar to Angry Birds. As it utilizes a drag and shoot technique quite similar in style. Your job is to gather taxes from the dead. You want to manipulate obstacles to reach your goal.

Price: Free of cost and supports ads, which can be erased with a singular in-app-purchase. 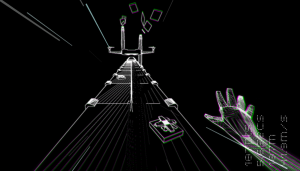 It is the running game that consists of full speed in a first-person view shown to the player via line art. The visuals are clean or beautiful and the game is fascinating.

Price: The game is free of cost contains no ads.

Badland is another award-winning multiplayer game via wifi hotspot that comes with amazing visuals or graphics. You are executing through a forest that’s laden with imaginative or hidden traps that are difficult to recognize and hence, avoid. Badlands is the visual treat and you just love it.

Price: The app does not contain ads but comes with in-app purchases.

It is another racing local WiFi multiplayer game with excellent graphics, detailed maps, and a lot of speed boats to select from. You are an outcast rider or rogue who wants to make his mark across the city of rivers now in ruins. There are different modes to select from and jets to unlock.

Price: The game is paid and costs you just $1 and it does not contain ads.

So there is no shortage of multiplayer games via wifi hotspot that you can also play with your loved ones on mobiles. These were some of our best picks out there. Let us know below your favorite games that you want to play with your colleagues or friends in your spare time in the comments below.