Discord Quote: Discord is a free chat application that is used by gamers all around the world. Millions of players gather together to build communities around their favorite games, projects, and other ideas.

As it focuses on chat, gamers are used to all sorts of features like bold, italics, underlining, and more built right in via markdown. As it helps users express themselves and ensure that Discord remains a personality-based space. 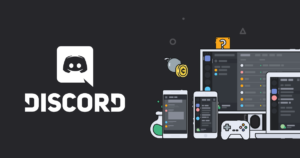 However, one amazing feature everyone looks for in Discord is the ability to quote others. The work-focused alternative to Discord, Slack, has this feature. It also enables users to react to each other in threads and star messages. Both critical aspects of quality digital conversation.

Unfortunately, Discord doesn’t have the feature to quote others. However, there are different options while doing so. If you really want the feature it comes in the form of code blocks.

USING CODE BLOCKS TO QUOTE SOMEBODY ON DISCORD

While in Discord there isn’t a dedicated quote system. You can use the code block feature to achieve a very similar effect.

Normally it is used to highlight code in a long list of lines because it’s so simple to do it. How to do? To do so, just put the phrase you want to quote within two ‘ symbols.

After doing this, the phrase will be inserted into a code block. While it isn’t ideal for someone wanting a quote, the format is similar to one. You can also do multi-lined ones for texts that span a few different levels.

That said, while there isn’t an old method of quoting. Some Discord admins install a bot that allows quotes and other features.

Fortunately, there are different ways to customize the Discord platform. Multiple themes are built-in, having the ability to change font sizes, text zoom, and more.

Those looking for extra personalization can install BetterDiscord. The simplified version of Discord allows users to install customized themes and alter other aspects of the platform. Fortunately, Discord has an open API, so everyone can go in and create their own versions of the social application.

The amazing thing about Discord is that users are only limited by their creativity. If someone knows how to code and can manipulate the existing language, they can do whatever they would like to the platform. Also, most creators end up placing their creations online. Discord is available for free for anyone to try out.

Discord also changed a ton in the past few years. It has evolved from a simple chat app to space where developers can sell their games. Nobody knows if they’ll end up implementing a quote feature or some other kind of update that people will love in the near future.

Do you want to quote someone on Discord? Let us know in the comment section below!