In case, you spared some time to see the task manager you know that enormous load of stuff that actually runs on Windows. Possibly, you guys might have also bumped into something called Desktop Window Manager. So, let’s explore the same in detail now. In this article, we are going to talk about What is Desktop Window Manager dwm.exe Doing in PC. Let’s begin!

What is Desktop Window Manager (DWM.exe)?

Desktop Window Manager is basically a compositing window manager that has lived in the Windows operating system from the release of Windows Vista. Back then, it was developed to add the Aero effect in Vista, however, later DWM was given more tasks, and it actually became an integral part of Windows.

It is running as a Windows service (dwm.exe), the primary work of the desktop window manager is to manage how pixels are displayed on your PC screen. Being a compositing window manager means that DWM uses graphics data supplied by different apps in order to create the final image of the desktop. 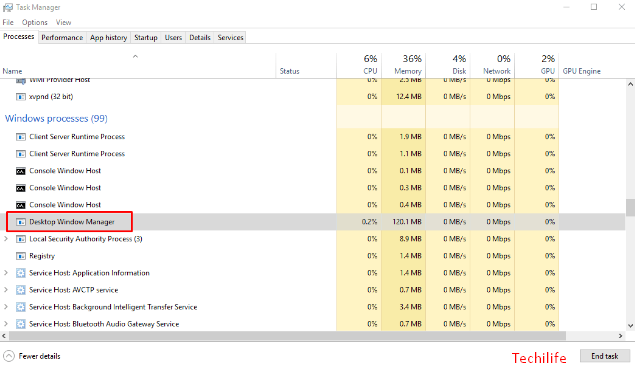 In the case of dwm, the data from the apps are saved in different buffers. This is different than what happened earlier when the graphics data from all the apps were saved in a single buffer. And displayed directly on the desktop as well. The newer method is needed for modern features like transparency as DWM has more room whenever combining the graphics from different apps.

This example is basically to explain what is dwm.exe might help you in understanding how dwm works. Suppose that you go to a fine dining restaurant and order a fancy-named platter. In the kitchen, there is a head chef and his assistants to prepare different items.

Now, one way to make the platter is to let assistants cook their part of the platter and then put it directly on the plate. The job of the head chef is to see if everything is fine or not.

In another scenario, each and every assistant gives their items to the head chef separately. He can arrange them on the main platter as he wants actually. Also, he can improve the look and feel of the dish through adding some garnishing and also making designs.

Given his expertise in the field, chances are high the head chef would be able to provide you a better experience as well.

How to enable or disable the desktop window manager (dwm.exe)?

As I said above, DWM has become an essential component in Windows. Microsoft removed the option to disable DWM from the release of Windows 8. You could do so if you are still running Windows 7 or Vista as well. Tap Windows + R > Type services.msc and press Enter > Disable the service named Desktop Window Manager.

In fact, on later versions of Windows, you should prevent thinking to disable the desktop window manager. It does not actually consume many resources on the system. If you’re having problems related to visual effects, then you should prefer to restart your computer first or restart the explorer.exe process as well.

What to Do If It’s Using Up RAM and CPU? | dwm.exe

Desktop Window Manager should use really minimal resources. On my system, such as, I’ve got half a dozen active apps running, which includes Chrome, which has got more than a dozen tabs open. Even then, Desktop Windows Manager is using a little less than 1% CPU and almost 60 MB RAM. That’s a really typical load. You should rarely see it creep much more higher than that, and even if it does spike higher on occasion. It should settle back down instantly.

If you do see Desktop Window Manager eating up much more RAM or CPU than you think it should. Then here are a couple of things that you can try:

Is this Process a Virus? | dwm.exe

Of course, not. By default, the DWM.exe is basically located in the System32 folder on the Windows installation drive. If it’s present somewhere else on your system, then you should start worrying about it. Perform a full scan of your system using the built-in Windows Defender or some of the third-party antivirus software if you are having any doubts. 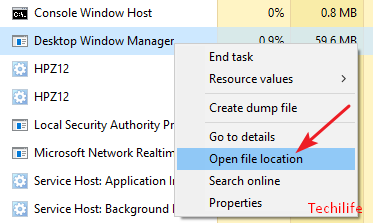 So, this was a brief piece on what is actually the desktop window manager in Windows. If you have something to add,  then drop your thoughts in the comments.

The issue of high CPU utilization by Desktop Window Manager is actually prevalent in Windows 10. But, there are many solutions to fix this issue. You should try out the solution that is feasible and straightforward for you.

Most of the time, simply changing the wallpaper may fix the issue, or you may also need to update the drivers in some cases. This issue has different causes and thus, many solutions.

Alright, That was all Folks! I hope you guys like this dwm.exe article and also find it helpful to you. Give us your feedback on it. Also if you guys have further queries and issues related to this article. Then let us know in the comments section below. We will get back to you shortly.

Also See: Why is ctfmon.exe Running on Your Computer