As home cinema has improved a lot, new surround sound formats have sprung up. That brings more detail and realism to movie nights. But let’s go back to basics and also look at the two most popular surround sound formats: DTS and Dolby Digital. In this article, we are going to talk about DTS vs Dolby – What is the Actual Difference. Let’s begin!

Both DTS and Dolby Digital are audio compression technologies, that allow the movie makers to record surround sound. That can reproduce in cinemas as well as homes. Both of them deliver spine-tingling multi-channel sound, so what is the actual difference? And which one is better?

The devil is in the detail, or, more accurately, the way that these two technologies encode audio. DTS is actually encoded at a higher bit rate and therefore is considered through some experts to be better quality. Others argue that Dolby Digital’s technology is more advanced, and it also produces better sound quality at a lower bit rate.

You must be Confused? The good news is that both of them are widely-supported and chances are you won’t have to play favorites.

In their most basic form, both DTS and Dolby Digital actually support 5.1-channel audio (i.e. a typical home cinema system along with five speakers and one subwoofer). And more advanced versions of the formats support 7.1-channels, HD surround sound, and overhead speakers, which is in the form of DTS:X and Dolby Atmos.

You will find DTS and Dolby Digital in Blu-ray players, home cinema systems, games consoles, computers, set-top boxes, and even smartphones as well. 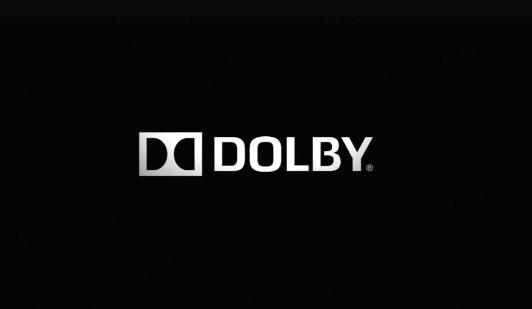 What is Dolby Digital and DTS? DTS vs Dolby

Well, both Dolby and DTS offer surround sound codecs for 5.1, 6.1 (rare), and 7.1 setups, where the first number indicates the number of small surround speakers. And the “.1” is actually a separate channel for a subwoofer. For the most common applications, playback of movies and TV shows through DVD, Blu-ray, and cable or also satellite TV systems. The studio use Both standards are to compress the dense files important for multi-channel audio and decompress it through your receiver for playback.

In addition to 5.1 and 7.1 speaker playback in many formats, both standards have multiple extra technologies. Such as specific encoders for enhanced stereo, the older Pro Logic standards that simulate surround sound. Converting up or down in order to match a non-standard number of speakers, enhanced surround for extra immersion, and so on. But for the purposes of a standard Blu-ray or satellite system along with a high-end audio receiver. We are actually going to focus on the surround sound playback.

A really inexpensive 5.1-speaker setup with an integrated Blu-ray player. It may not be compatible with the highest bitrate Dolby and DTS standards actually.

Both formats use compression in order to save space (either on the disc, in the case of DVD and Blu-ray, or streaming bandwidth, in the case of services such as Netflix). Some of the forms of DTS and Dolby Digital are “lossy”, meaning that it has a degree of audio degradation from the original source. However, others get around this audio loss for “lossless” studio levels of performance while still offering some compression for space savings.

The main difference between DTS and Dolby Digital is seen in the bit rates and compression levels actually. Dolby digital compresses 5.1ch digital audio data down to a raw bit rate of 640 kilobits per second (kbps) as well. But, the 640kbits/s is only applicable to Blu-ray discs. The maximum bit rates that Dolby Digital can support for DVD Video and also DVD audio is more than 448kbits/s.

If you want to squeeze in all the relevant data, Dolby Digital employs a variable compression of around 10 to 12:1. DTS surround sound, on the other hand, applies a maximum raw bit rate of more than 1.5 megabits per second. But, that bit rate is limited to approximately 768 kilobits per second on DVD video. Because of the higher bit rate supported by this format, DTS needs significantly low compression of about 4:1.

In theory, the lesser the compression used in the encoding, the more realistic the sound becomes as it better represents the original source actually. What this means is that DTS has the potential in order to produce better sound quality than Dolby Digital. Here’s a breakdown of the various versions you will find in each standard and their bit rates as well.

Which One Is Superior? DTS vs Dolby

If we compare DTS and Dolby Digital in consumer applications, it reveals that both standards are closer in terms of audio performance. If we look at the specs above, DTS seems to have an edge against Dolby because of the higher bitrate in all of its three versions. But, higher bitrates do not always mean higher quality. There are also other factors like a signal to noise ratio and dynamic range. That some audiophiles might consider better in Dolby instead of DTS.

Most modern receivers actually come with support for both DTS Master Audio and Dolby TrueHD. So you may not even have to choose between the two as well. But if you are an audio enthusiast and you want something extremely gorgeous. Then you might want to look into technologies like DTS:X or Dolby Atmos. As well as receivers and also home theaters that support them. However, on the rare occasion that you have to choose between DTS and Dolby Surround, go with DTS because of the higher bitrate.

Alright, That was all Folks! I hope you guys like this DTS vs Dolby article and also find it helpful to you. Give us your feedback on it. Also if you guys have further queries related to this article. Then let us know in the comments section below. We will get back to you shortly.