While the snake was an easy game with the objective of improving the length of its tail. Also, it was the first mobile game to take the world by storm. Here is the list of  Snake games.

Snake Game is one of the amazing games for Android and iOS users. Well, there are two main reasons for this. One reason is that it comes with the classic snake game. However, you used to play on your old feature phone. And second is that you can also select to play it in yellow and old Nokia style backgrounds. A true classic feeling fitting for a retro game like Snake. 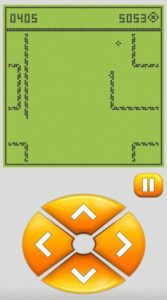 There are some other backgrounds that you can select from. The app is ad-supported but you can also remove them with an in-app purchase that will cost you $2.99 only.

Slither is a modern-day version of the snake game with a twist. The graphics are fabulous, and the snakes are colorful. Also, it comes with a multiplayer mode. It means that you can now play with your friends and compete with them. Let’s find out who has the longest tail in the game. 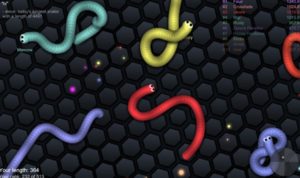 The rules are quite different here because more than one snakes will be slithering around the screen. Remember if your head touches another snake’s body, you die. The same thing is true for other players too. So be careful of where you go in an attempt to eat and grow your body. It has a large community of players but doesn’t forget to invite your friends. Erasing ads will cost $3.99.

Snake vs Block takes the good old game of snake for Android and iOS and also turns it on its head. However, there is a snake made of balls that’s hungry and searching for food to grow. But there are these obstacles in his way forming blocks made of bricks that are stopping it. All you need to do is is to break as many blocks as possible while eating your favorite food. 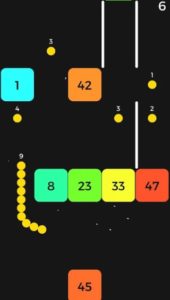 Once you break more blocks, you get more balls and your snake gets longer. Also, continues the legend of the snake. There are different levels with each on offering new challenges. Erasing ads will cost you $2.99 while unlocking new levels will cost $0.99.

Snake 97 comes with a layout that will make you feel wistful. The good part of the screen is covered in what seems to be a shell of Nokia 3310 with buttons. Also, there is a small green background of a screen where you will play the OG snake game. 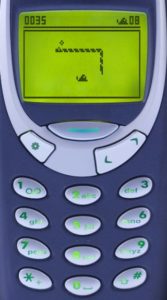 However, you can swap it out for another model. All latest models are supported in the app. Select the one with the button layout that you are most familiar with. Make sure that game dynamics are quite the same as the original.

Snake Candy is another snake game for Android and iOS. In this game, you’ll be competing against your friends. The major objective is to have the longest tail in the game possible. As the snake is made of candies, you’ll have to find and eat as many candies as possible to grow. 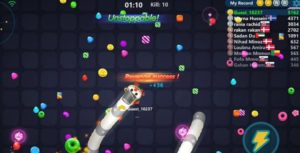 If you are playing with your friends, the rules are quite different. You cannot bump into the side of other snakes, if you did this, you will die. The same tip is also true for other players. However, there is a special power called lightening. Click on it to pick up speed and reach a specific spot before other snakes do.

The last but not the least is Snakes and Apple. As it is a true snake game for Android and iOS and I will explain why. What do snakes do? They dig holes to live in them. Also, Snakes and Apples take inspiration from real life to create a forest where a snake has dug different holes around apple cultivation. 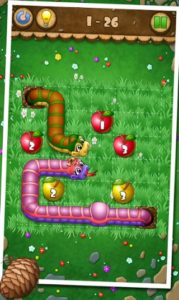 You just move in and out of those holes and eat all the apples to grow bigger. But always remember you don’t press yourself by entering the wrong hole. It’s a multiplayer game that makes it even more challenging.

Here’s all about ” Snake Games for Android and iOS”. These are some of the amazing snake games on Play and App store right now. Have you ever play any of the ones that I mentioned in the list above. Don’t forget to share your favorite snake game with us in the comment section below! Also, share your experience with us!

Till then! Keep Smiling 😎