What is StartMenuExperienceHost – Can You Disable It? 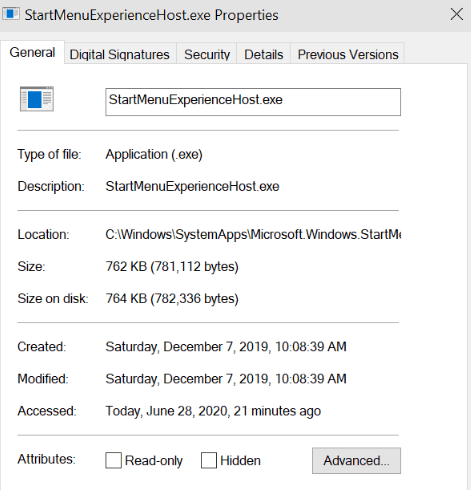 Earlier, till Windows 10 V1809, the Start Menu process was actually a part of Windows Shell Experience Host and using its resources. This host already had processes for File Explorer and many other shell elements. So in case if the process failed, then Start Menu may be crashed as well along with other elements. Along with V1903, Microsoft has focused on Start Menu improvements, for example:

Along with the dedicating StartMenuExperienceHost.exe process, Microsoft has really improves the performance of the Start Menu and conquer a good response time along with higher stability. You guys can see this improvement visually on your V1903 running system actually.

So if you guys have just spotted StartMenuExperienceHost.exe process and afraid of what it is. Then no need to worry about it. It is a legitimate Windows process and is not any virus or security threat as well. Let this process work as it is, otherwise, if disturb this process, also it may impact the Start Menu directly.

Alright, That was all Folks! I hope you guys like this “StartMenuExperienceHost” article and also find it helpful to you. Give us your feedback on it. Also if you guys have further queries and issues related to this article. Then let us know in the comments section below. We will get back to you shortly.

Also See: What is Musnotifyicon.exe in Windows 10